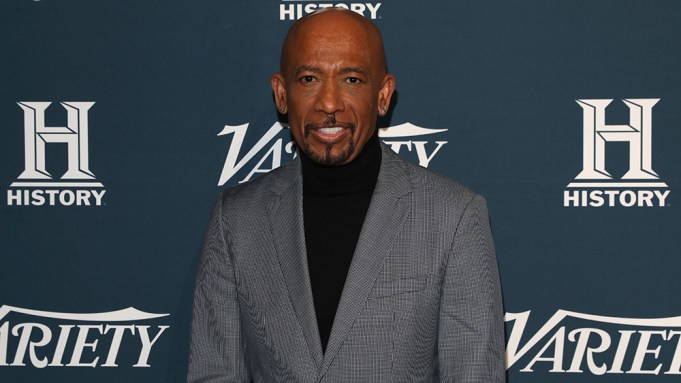 “The media has a powerful voice,” Raddatz said, speaking on the media’s influence on spreading support and awareness of troops and veterans.

Food Network chef and personality Sunny Anderson, an Air Force veteran herself, presented Ray, who was honored by Variety for her work on her daytime syndicated talk show, which has been showcasing veterans and service men and women for more than 10 years on the air.

As Ray walked on stage and embraced her presenter with a big hug, Anderson said, “I’m proud to give this award to someone who gives until she can’t stop giving. Thank you for welcoming me into this game and treating me like a veteran.”

“Our show has always been, I hope, synonymous with not just being a chat show for celebrities, but being for our viewers,” Ray said, explaining that the real celebrities are service men and women. “Our job is to celebrate each other and to lift people up, once a day.”

“Every single person in uniform that I have met just in my life — our first responders included, our police men and woman, fire men and woman — it really does seem to make you the best you can be,” Ray continued. “If I had my young life to do over again, I think Rachael Ray should have given a year of service…all the people I’ve met who have done it have proven that it makes you a better human being.”

NBC New York newsman Chuck Scarborough introduced Burns as “one of the most influential documentary makers of our time,” adding that “his documentaries shine a very acute light on America’s relationship with war.”

Burns, whose most recent documentary come out in 2017 on the Vietnam War, spoke to the room about doing more for veterans by simply asking questions, rather than just saying “thank you.”

“As thankful as we are, we all could do much more by asking,” Burns said. “By recognizing what we’ve asked them to do, we might be better equipped to understand what they’ve been through and create a better society that embraces them upon their return.”

Upon thanking Burns for his emotional words, Raddatz, on the stage, also recalled the last time she saw John McCain, calling him “a great American, truly,” which garnered instant applause from the room filled with veterans, industry types, and men and women who are currently serving in the army.

Perhaps the most emotional moment of the luncheon was Williams’ speech, which the television personality delivered through tears.

Ken Fisher, chairman and CEO of Fisher House, the foundation that helps military families, introduced Williams, who is known to Americans as a TV host, but is a passionate veteran of two branches of the military, the marines and the navy.

Williams, who suffered a life-threatening cerebellar hemorrhagic stroke just months ago, said his own injury reminded him of the importance of taking care of our veterans. “My recovery is now nothing less than miraculous,” Williams said, sharing that he signed onto his new show, “Military Makeover,” when he was laying in a hospital bed, barely able to sign his contract because he cares so deeply about giving back to service men and women.

“When people ask, ‘What can I do?’ I say, ‘Walk down the street. Within two blocks, there’s a veteran,’” Williams explained.

Delaney was introduced by Broadway and television actress Phillipa Soo, who is part of the original Broadway cast of “Hamilton” and will star opposite Delany in the upcoming CBS series, “The Code.” Delany will play a colonel in the military drama, which debuts in 2019, and the actress kicked off her career, playing a Vietnam nurse on “China Beach.”

“I’m not a vet. I just play one on TV,” said Delany, sharing how working with service men and women has impacted her life.

“Before I was on ‘China Beach,’ I can say honestly that I did not believe in altruism. As actors, we’re taught to look for the motivation in the character and it’s usually somewhat self-serving, and that changed for me,” Delany said. “Before we shot the pilot of ‘China Beach,’ we got together with a bunch of men and women who had served in Vietnam. The nurses would be telling their stories of things that had happened to them in Vietnam, and I remember thinking, ‘I have no right to play this part. I have never been through anything as horrific as thought. How could I play that part justice?’ These women were selfless. They weren’t drafted. They didn’t have to go, but they went.”

“I became a better person because of them,” Delany said. The actress proudly told the room that “The Code” has been working with the Writers’ Guild Veteran’s Outreach Program, which pairs a veteran with a professional writer, who teaches them the basics of TV and film screenwriting with the hope of helping them find work in the entertainment industry. Delany said one of the staff writers on the CBS series was in that program, and U.S. Marine, Anthony Swofford, who authored the 2003 book “Jarhead” that inspired the Jake Gyllenhaal film, is also working on the show.

“We need you in the industry,” Delany said to veterans in the room. “War will always be a great backdrop for drama.”

When Raddatz come onto stage to highlight the next honoree, Woodruff, she complimented Delany, saying, “Those aren’t parts that you can just act. You have to feel it and you have to get it, and clearly, she does.”

Woodruff — whose 2006 story of being hit by a roadside bomb while covering the war in Iraq inspired millions around the globe — was introduced by Caroline Hirsch, the founder of New York comedy club Carolines on Broadway and the New York Comedy Festival. Hirsch created Stand Up for Heroes with the Woodruff Foundation, which has raised over $50 million.

“I never thought this would be something I’d be doing up here. I never really expected I was going to get blown up there. But this has been a remarkable chance to do what we’re doing now,” Woodruff said. “I often joke to my wife that the only good thing about being blown up is being able to do this foundation.”

Woodruff also noted that supporting vets is a universal goal, which avoids politics, applauding the left and the right for working toward a common humane goal. “We never thought that this was going to be as successful as it became, but I think that’s because everybody in this country wants to do something for veterans,” he said.

“It’s much better to be here than it is in Congress in this moment,” Woodruff cracked, noting that the four most recent presidents have been involved in the foundation.