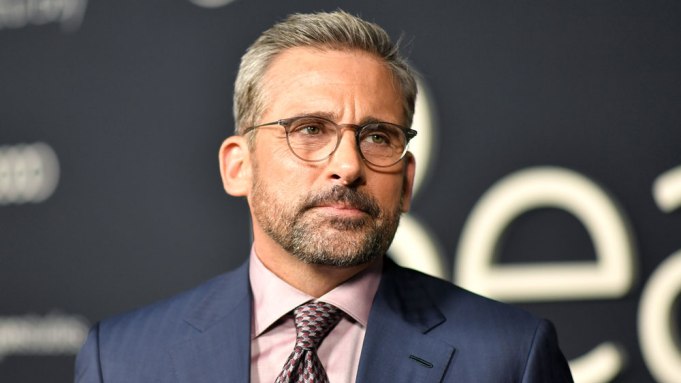 It was almost a year ago that Steve Carell put the kibosh on an “Office” reunion.

At the time, he told The Daily Beast that he thought bringing the show back wasn’t a “great idea” because fans would “want it to be exactly the same, and it won’t be. And ultimately I think fans would be disappointed because it isn’t exactly what they remember it being.”

Well, now the funny man has an idea for an Office 2.0.

“I think ‘The Office’ cast should get back together and reboot ‘Cheers,’’’ Carell joked with Variety earlier this week at the premiere of his new real-life drama “Beautiful Boy.” “I’ll play Sam Malone and Rainn [Wilson] will be Frasier Crane.”

“Beautiful Boy” is an “Office” reunion of sorts.

Amy Ryan, who played Carell’s character’s love interest — HR rep Holly Flax — on the series, portrays his ex-wife in the film, while Maura Tierney is his current spouse.

Ryan said she’d be up for a reunion: “Why not! That would be a good party.”

She imagined that Holly would likely be at a trade show or “selling some crafts” today.

Tierney guest starred as James Spader’s character’s wife and said she hoped the character would at least have a job right now.

In July, John Krasinski told Variety that he would love to reprise his role as Jim. “I need the incredible writers of our show to tell me what he’s doing because I’m kind of worried about him,” he said. “He had a whole lot of hopes and dreams, he had a lot of zany ideas, and then he went to Austin to live his life and I feel like the dreams are still in his head so let’s see what he’s doing now.”