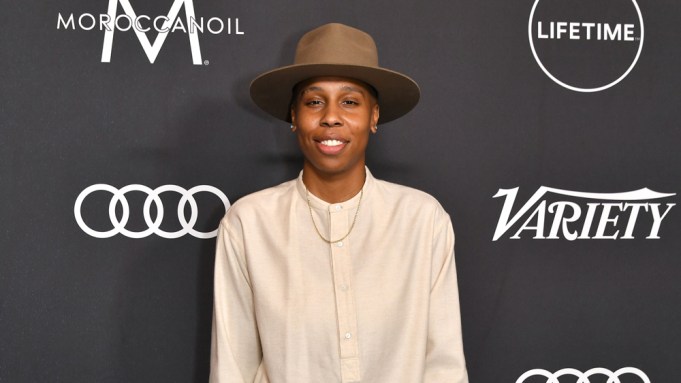 Lena Waithe thinks Kevin Hart could have handled his Oscar debacle in a much better way.

“I kind of wish that he would have taken a moment to let it be a teachable moment and to say, ‘Hey, what I said wasn’t right and I want to make that right,’ not just to keep the gig, but because there are people in this world that are born different, that are born gay, that are born trans, that are born intersex, that are born asexual, that are born lesbian,” Waithe told Variety on Thursday at GQ’s Men of the Year party in Los Angeles. “That’s how God chose to make them so I think as a nation, we need to embrace every single person as they are and I think until we can do that, we’re going to keep bumping up against these things.”

It didn’t take long after Hart announced on Wednesday that he was hosting next year’s Oscars that he received an onslaught of criticism for using gay slurs in multiple tweets dating back about 10 years. On Thursday morning, he posted a video on Instagram, insisting he’s changed since then. “I’m almost 40 years old,” he said. “If you don’t believe that people change, grow, evolve? I don’t know what to tell you.”

A few hours later, in another Instagram post, he alleged that the Academy called him and told him if he didn’t apologize, they were going to find another host. While Hart said he wasn’t going to say he’s sorry because he already addressed the slurs, he did apologize in a follow-up tweet announcing he was bowing out of the Oscars.

“I sincerely apologize to the LGBTQ community for my insensitive words from my past,” he wrote. “I’m sorry that I hurt people. I am evolving and want to continue to do so. My goal is to bring people together not tear us apart. Much love and appreciation to the Academy. I hope we can meet again.”

A new host has yet to be announced, but Waithe has some ideas.

“Let Donald Glover do it,” she said. “Donald would be dope. He’d be funny. I would like that. Let’s make sure [whoever hosts], they’re black.”

“Wanda would be lit,” she said. “I vote for Wanda or Donald or get Chris Rock back in there. Let’s get Eddie [Murphy] out of the house. … I hope it’s somebody black and somebody funny.”

The Oscars air live on ABC on Feb. 24. Nominations will be announced on Jan. 22.