Melissa McCarthy Discusses Playing Author Lee Israel in ‘Can You Ever Forgive Me?’ 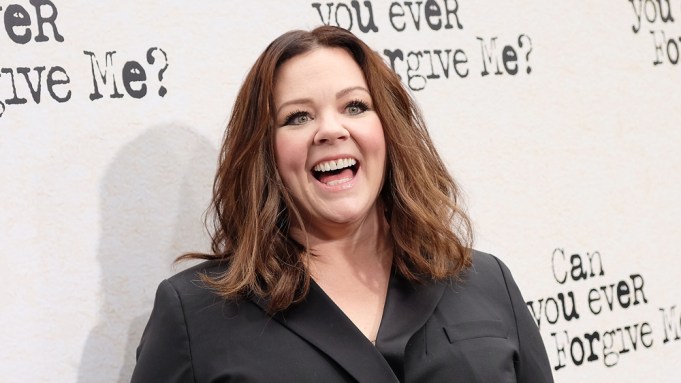 Vintage typewriters and forged letters might seem like unusual decor for New York’s SVA Theatre, but there could be no better tribute to Lee Israel, the subject of the new Melissa McCarthy-led biopic “Can You Ever Forgive Me?,” which premiered there on Sunday. Israel was a biographer of celebrated women who turned to forging and selling letters from her literary heroes when her own career hit a standstill.

“The city is full of people that we often don’t bother to look at who have had incredibly interesting lives,” producer Anne Carey told Variety on the red carpet. “Lee’s invisibility is part of what made her able to accomplish what she did, and I think that’s the thing — you never know who you’re walking by in the street.”

The FBI eventually caught on to Israel’s scheme, but not before she had already sold about 400 fake letters.

Though Stephen Spinella also lived in New York at the time of the Israel forgeries in the early ‘90s, as he told Variety, “I didn’t know this world at all. I was in a downtown, gay activist world — I was in ACT UP — and this is sort of an uptown, literary archivist world.” But he was struck by the way it was constructed in the film: “That moment where she’s going all-in on a life of crime, and they film it going into Argosy Books — it’s so beautiful.”

Richard E. Grant, who co-stars in the Marielle Heller-directed drama as Lee’s unlikely companion (and partner in crime) Jack Hock, told Variety that he hopes audiences come away with an “appreciation for Lee Israel as an under-appreciated and great, witty writer.”

So, does he admire her in spite of everything? “Yeah, because nobody died,” he quipped. “Some booksellers and autograph hunters got duped, but I think there’s a sort of thieves’ pride in what she’s done. It was such an act of literary ventriloquism to have imitated all of these writers so convincingly — if only it hadn’t been criminal!”

Lee’s biggest fan might be McCarthy herself. “I just read the script and thought, ‘This comes along almost never,’” she told Variety. “I fell in love with Lee so quickly within the script, and it made me stop and realize, ‘I’m not sure why I love her.’ And that’s a very interesting thing. A very challenging character that you still feel so much for and root for is always what I love — because whatever they’re doing on the surface is not really what’s happening on the inside. We all play with different defense mechanisms. Lee’s was to be as prickly, as difficult as possible, but I always thought, ‘What is she hiding?’”

To answer that question, McCarthy had to dig deep. “The research process was tricky because, true to Lee’s personality, she did not want people in her business!” she said, laughing. “She barely took any pictures, there’s absolutely no video of her, and at first I thought, ‘Am I just doing it wrong?’ But luckily, we had two producers who knew her quite well, so I just heard story after story after story, read her books, read her writing — her wit always comes through.”

Asked whether there’s another woman from history whose story she’d like to take on after “Can You Ever Forgive Me?,” she laughed. “That’s a very long list! That’s like, ‘Pick your favorite album.’ There are so many incredible women where I think we need to know their stories — the good, the bad, the flaws — that’s when you really feel what makes a person tick.”

As for how the team achieved that for Israel, producer Amy Nauiokas has some theories. “I think it was important to have so many different female perspectives around this character from writing through to delivery,” she told Variety. “While we don’t go out of our way to pick and choose certain partners based on their gender alone, when a group of strong, opinionated women get together, some really magical things can happen.”