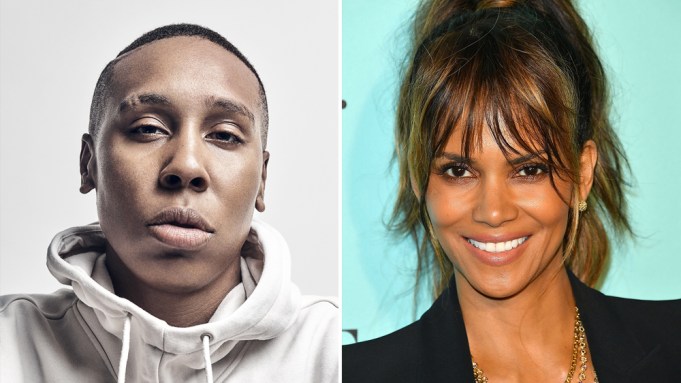 Lena Waithe has very high hopes for her television series adaptation of the 1992 comedy “Boomerang” for BET.

“I literally want this show to change the face of BET,” Waithe said at Variety’s Power of Women luncheon, adding that she expects the show to be “phenomenal.”

“I’m not even saying that out of shade,” she said.

Waithe is teaming up to produce the 10-episode series with Halle Berry, who starred in the movie alongside Eddie Murphy and Robin Givens. The series will follow the children of the film’s main characters.

“It was me calling Halle and going like, ‘Look, I think I’m going to do this. If you had a good experience and you want to do it with me, let’s go,’” Waithe said. “She said, ‘I had a great experience and I’d love to work with you.’”

“It’s just going to be a phenomenal experience and I’m going to be in Atlanta making s—t happen,” Waithe said.

In April, Berry presented Waithe with a GLAAD Media Award for her work writing “Master of None’s” “Thanksgiving” coming-out episode.

“You cannot underestimate the power of seeing yourself on the screen,” Berry said before presenting the award. “It makes you feel legitimate and included, and helps other people understand who you are and where you come from. And each story builds on the next. It’s like the old saying goes: behind every great Black Panther is a great black Catwoman.”