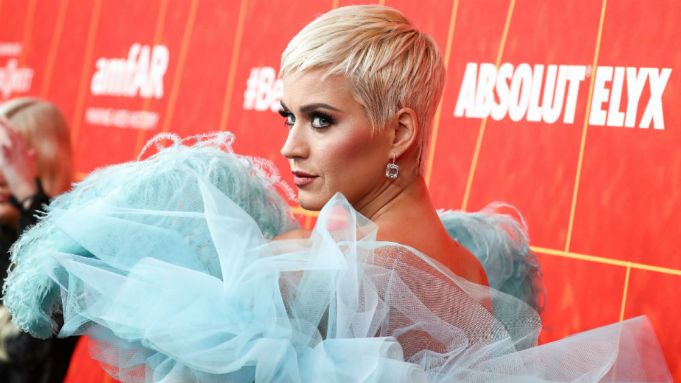 Los Angeles Mayor Eric Garcetti may have been on hand to present Katy Perry with a Courage Award on Thursday night at amfAR Gala Los Angeles, but that didn’t keep the “Firework” singer from bringing up some municipal issues with him.

After Garcetti gushed over Perry, she chided the mayor about parking tickets and “those f—ing Bird scooters.”

“Who signed off on those?” Perry asked to wild applause. “There’s literally one right outside the building tipped over just to trigger me!”

She also took a playful dig at her boyfriend, Orlando Bloom, over Garcetti’s kind words. “Take note Orlando,” Perry smiled. “I mean, I’ve never had anyone speak about me like that.”

The gala, held at the Wallis Annenberg Center for the Performing Arts in Beverly Hills, Calif., kicked off with a cocktail party followed by welcoming remarks from CAA’s Kevin Huvane. A dinner that began with Darren Criss on an acoustic guitar singing a mashup of Perry’s many hits followed.

During the live auction, Heidi Klum went home with a Dan McCarthy sculpture for $30,000.

Perry offered a surprise auction item — a trip to Disneyland for six people with the pop star. “If you have kids who love me, I’ll sing ‘Roar,'” Perry promised.

During her acceptance speech, Perry recalled her childhood. “You may or may not have heard that I come from a Bible-thumping background that wasn’t particularly open or accepting of curiosity,” she said. “Like for instance…I wasn’t allowed to eat Lucky Charms — luck was too closely associated with Lucifer — or watch ‘The Smurfs’ because they were magical blue demons. And then I become Smurfette later on in life.”

She added, “I may not have known it then but daring to ask questions and redefine right and wrong when everybody around me spoke in absolutes was my first attempt at a courageous life. Today I understand a courageous life is the only one worth living and courage can’t always be easily defined but we all know it when we see it, especially when we feel it. It goes without saying that we are living in a bit of a tumultuous time but it’s times like these that courage tends to catch the light and sparkle for all to see.”

AmfAR has set a goal to fund research to find a cure for HIV/AIDS by 2020.

On the red carpet, Perry imagined what that would be like. “I would go out to the streets dancing,” she said. “Just dancing and holding people and throw just like one big dance party.”

The evening was topped off by a performance by Dame Shirley Bassey.