How ‘The Office’ Helped John Krasinski Direct ‘A Quiet Place’ 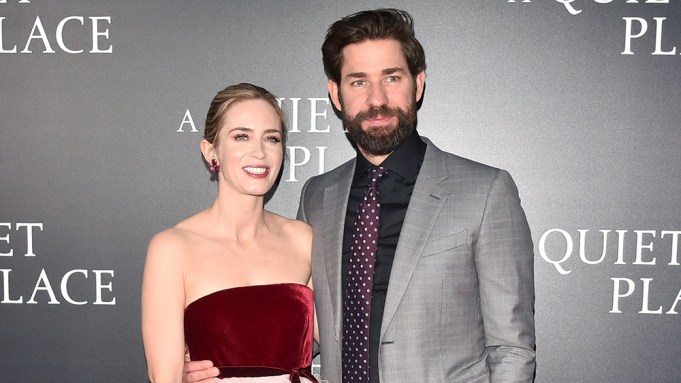 “I remember on ‘The Office,’ the creator Greg Daniels, said, ‘Your job is not to deliver these lines funny, your job is to deliver these lines,'” Krasinski recalled. “If someone laughs, that’s up to them, you just deliver the truth of the moment, and I applied it here. My goal is not that I set out to make a scary movie, I set out to make a movie about a family. If you were scared, it’s because you didn’t want to see anything happen to these people.”

“A Quiet Place” is a horror story that follows the adventures of a mother and father doing their best to quietly protect their children from monsters that are sensitive to sound.

Krasinski’s wife, actress Emily Blunt, also plays his spouse in the film. She told Variety that the most difficult scene to convey without words was one where her character goes into labor. “It was intense. We shot it over the course of five days,” Blunt recalled. “That was probably the most challenging, portraying agony and not being able to use sound was fun to play.”

Krasinski cast deaf actress Millicent Simmonds to play his daughter. Through a sign-language interpreter, Simmonds said she taught her director a few signs, as they practiced their lines together with an ASL mentor. “In the movie, we’ve been signing together for years and years,” Simmonds said. “So it should look fluent.”

For his part, Krasinski said it was “hugely beneficial to have Milly on the set. Not only were we trying to learn ASL on camera for the scenes, we were more trying to learn it off-camera for her,” he said. “I’ve never had someone take in all of me when I’m speaking, so to have someone take in your gestures and your face and really feel your essence, it’s really a beautiful thing. So she helped us get there a lot faster than we would have on our own.”