‘House of Cards’: Robin Wright on Returning to Work Without Kevin Spacey 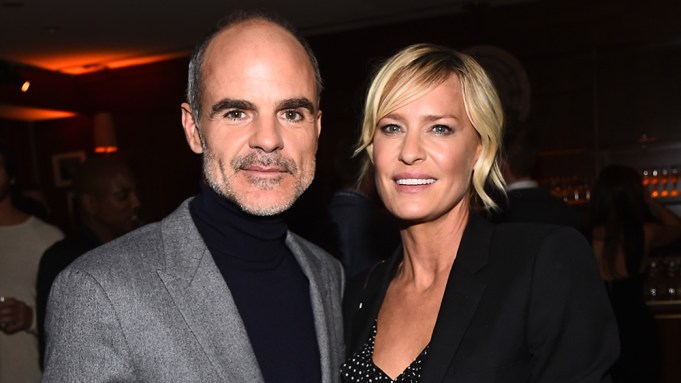 Robin Wright said returning to “House of Cards” after Kevin Spacey was fired when sexual misconduct allegations wasn’t as hard as one might think.

“We are all such a tight-knit family on that show and everyone was so dedicated to making the best of ‘House of Cards.’ What that meant was, we gotta close this out. Give the fans what they want,” Wright told Variety on Monday at the Los Angeles premiere of the sixth and final season of Netflix’s hit series. “Close out the story, come to the conclusion [Claire Underwood] was always meant to be the first female president.

“More importantly,” she continued, “was why not give these people who had jobs their security they expected and they deserved?”

Co-showrunner Melissa James Gibson said, “We have an amazing crew and an amazing team — many of whom have worked together for so many years — and everybody felt really strongly about finishing the story with integrity and intention and properly. We didn’t want to deny Claire her truth.”

The eight-episode season, which begins streaming on Nov. 2, starts with Claire becoming the commander in chief after Frank Underwood (Spacey) dies while in office.

Spacey may be erased from the show, but Frank Underwood certainly isn’t. “His presence is still felt in the season,” said co-showrunner Frank Pugliese. “It would be irresponsible to deny that that character ever existed.”

#HouseOfCards showrunners address Kevin Spacey's absence: "It would be irresponsible to deny that that character ever existed" https://t.co/UHmr2JflaF pic.twitter.com/aHRsl6eaMF

Diane Lane and Greg Kinnear join the show as a brother and sister who have been compared to real-life ultra conservative President Donald Trump supporters Robert Mercer and his daughter Rebekah Mercer.

“I think that there were some aspects that were kind of homage-d, but nobody was a prototype,” Lane told Variety, adding, “I wouldn’t give them the blame or credit for the characters. I think it was just something to point to and say, ‘Well, there are some examples of similar traits.’”

Greg Kinnear explains his role in the sixth season of #HouseOfCards: "I've heard Koch brothers… At the end of the day Diane [Lane] and I are those unspoken power brokers that weren't voted in for anything and don't really have a mandate" https://t.co/KgtAmnOrCH pic.twitter.com/UbP2SZtEVZ