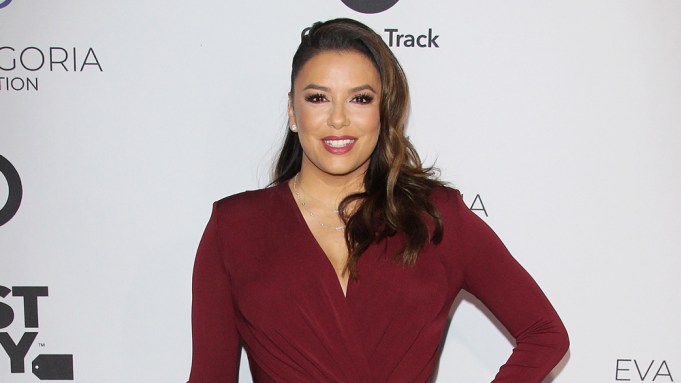 Beto O’Rourke may have lost his bid to unseat Ted Cruz in the Senate race, but Texas native Eva Longoria remains hopeful.

“2020 is coming up, so Beto for president,” Longoria told Variety at her Eva Longoria Foundation gala on Thursday at the Four Seasons in Beverly Hills.

“Our nation needs us to never give up because yes, there are communities that are trying to divide us, but as long as the community that is trying to unify us is greater, America will prevail,” the “Avengers: Infinity War” star said. “My job is to keep our Constitution intact to remind everybody that a democracy works for all, and not just for some.”

Longoria launched her foundation in 2012 to help the Latino community through middle-school education programs, college scholarships, and microloans for small-business owners. Mario Lopez served as emcee for the night.

“The landscape of America is changing,” Longoria said. “Latinos are going to be the future workforce of this country, whether you like it or not. Whether Trump likes it or not.”

The “Overboard” star said that in particular, “Latinas have it a little harder.” While they start businesses at six times the national average, they often don’t have the training and capital they need to succeed, she explained.

“We want the people of leadership in our country to look like us,” Longoria said. “Young Latinas won’t be it if they can’t see it.”

In her speech, Saldana said it was important for her to lift up marginalized voices because “when you know what it’s like to be excluded, you know better than to exclude.”

She said she used to feel invisible when she turned on the TV and it was thanks to women like Longoria, Salma Hayek, and Supreme Court Justice Sonia Sotomayor that she felt seen and could “grow my wings.” She also emphasized that her Latin identity is only one part of her.

“The Latinx narrative is inseparable from the American experience,” she said. “We are Americans. We are responsible citizens, we are voters, we are tax payers, we are valuable assets to this country. The fact that we are of Latinx origin is just the icing on the cake.”

Rosario Dawson introduced Gina Rodriguez, who was honored with the foundation’s inaugural Latina leadership award for her activism, including her We Will Foundation that focuses on arts education for low-income youth.

“You are proof that young women lead the charge every day, standing up for what’s right,” Dawson said, joking that Rodriguez is so passionate she often “moves herself to tears.”

Rodriguez said she “takes great pride in being Latina, especially in these times where it’s scary.” Now that she’s reached success, the “Jane the Virgin” actress said it’s her job is to pave the way for others like her who have often been shut out.

“I’m going to keep patching up the road, I promise. I’m going to make it a little less bumpy for the ones that come after,” she said. “I will not let any of you down. I will fail, but I will try and try again. Te quiero mucho.”