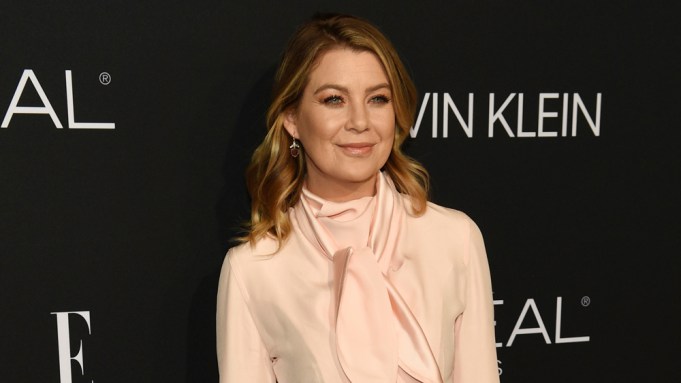 Ellen Pompeo applauds the work that has been done in the year since #MeToo and Time’s Up was launched with the Harvey Weinstein exposes in the New York Times and the New Yorker.

“I think we’re making incremental progress,” the “Grey’s Anatomy” star told Variety at Monday night’s Elle Women in Hollywood event. “We still have a long way to go. Obviously, the appointment of [Brett] Kavanaugh was a huge punch in the gut, but women have never shied away from hard work before and I don’t think we intend to now.”

Pompeo was on hand to present the L’Oréal Paris Luminary Award to Shonda Rhimes.

“It’s incredible, this organization of this culture of women who is determined to come together, determined to fight together and determined to change the way our workplace looks for not only ourselves, but for all the women across the globe,” she said.

She didn’t name names, but Pompeo said there are more Harvey Weinsteins and Leslie Moonves still in power. “We still have a few that have to be knocked down,” Pompeo said. “Hopefully we’ll see that day sooner than later.”

As for young women starting out in Hollywood, Pompeo advised, “Be confident and don’t take any s—.”

“Hopefully, we’re paving the way and educating young women and making that easier for them,” Pompeo said. “But I guess you have a to be a bitch, right? Don’t be a afraid to be a bitch.”