Inside Elle’s Women of Hollywood With Lady Gaga, Anita Hill and Mia Farrow 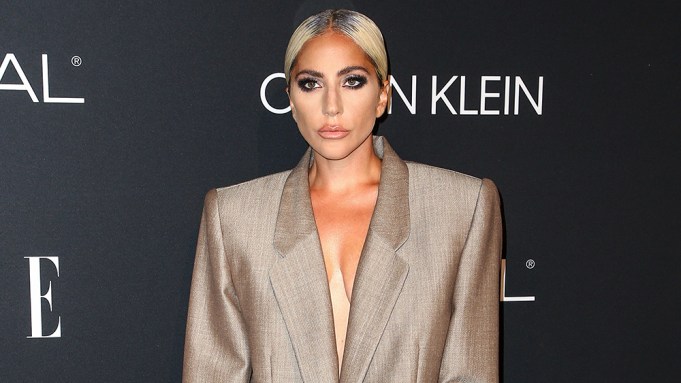 Just a few days after Natalie Portman delivered a rousing speech about women’s rights at Variety’s Power of Women event, the rallying cry of #MeToo and Times Up continued to roar on Monday night at Elle’s Women of Hollywood gala at the Four Seasons in Beverly Hills, Calif.

One could hear a pin drop when Lady Gaga spoke after Jennifer Lopez presented her award. The icon spoke for almost 25 minutes, detailing how a sexual assault when she 19 by an unnamed man “in the entertainment industry” has left her with long term physical and emotional pain.

“As a woman who is still not brave enough to say his name, as a woman who lives with chronic pain, as a woman who was conditioned at a very young age to listen what men told me to do, I decided today I wanted to take the power back. Today I wore the pants,” said Gaga, who said she opted to wear an oversized Marc Jacobs suit instead of a dress. “Today, I wore the suit in an age when I can barely watch the news, aghast at the unjust men — and some women, quite frankly — that I see running this country. I had a revelation that I had to be empowered to be myself more than ever, to resist the standards of Hollywood. Whatever that means. To resist the standards of dressing to impress, but to use what really matters—my voice.”

Gaga asked the women in the room “to work together…to heal each other. And we can also try to find the strength in the best way that we can to ask for help when we need it.”

After welcome remarks from Elle editor-in-chief Nina Garcia, the evening kicked off with remarks from Anita Hill about the Hollywood Commission on Eliminating Sexual Harassment and Advancing Equality, which was launched at last year’s Elle event by Lucasfilm president Kathleen Kennedy. “We know that the pain that we are feeling, we know that the anguish that we are feeling and the outage that we are feeling are not restricted to those who work in and around Hollywood,” said Hill, who received two standing ovations. “With the independence of our highest court called into question, however, it is not too much to suggest that we are at a pivotal moment in the life of our republic.”

She continued, “But at such a moment there should be no question about our responsibility as individuals and as coworkers. We must make it unequivocally clear that if the government is not prepared to protect women from sexual violence we in our industry will do it ourselves… We all deserve to work in places free of harassment, we all deserve equal chances to display our talents throughout this industry and throughout workplaces all over.”

Ronan Farrow was on hand to present the Elle Legend Award to his mother Mia Farrow. “What a disappoint you turned out to be,” she cracked about her son, whose extensive coverage of sexual harassment has helped exposed some of the biggest predators in Hollywood.

The “Rosemary’s Baby” star then went on to talk about her 50 years in the business. “I do know what it’s like to be groped and rodded in auditions and as a 17 year old apologizing to the studio head who just stuck his tongue down my throat, apologizing out of the room,” she said. “I know what it’s like to go to work and have men make every single decision from the clothes you wear, to the salary you make, to the decisions you make about your performance. All of that. I know that in the core of me.”

But Mia Farrow is hopeful. “I see where we are now,” she said. “I see women refusing to accept unequal treatment and inappropriate behavior and it’s exhilarating. I want to live to see equality — not just progress, not just improvement — but true deep lasting unequivocal equality…I truly believe that true equality is possible.”

An emotional Sarah Paulson admitted insecurities about work still pop from time to time. “I don’t take one minute of this for granted nor will I shirk the responsibility that comes with opportunity,” she said. “Yet, I still worry with the fear that my time is going to run out and that makes a night like this oddly confronting. I worry that someone is going to tap me on the shoulder and say, ‘Hey, there’s been a terrible mistake, and we know you’re a fraud, and we’d really like you to leave now.’”

L’Oréal Paris Luminary Award honoree Shonda Rhimes received the loudest applause and cheers when, after revealing that she has been too scared to “brag” like her male counterparts do, she announced, “I am the highest paid showrunner in television.”

She beamed, “How’s that for girl power and a little black girl magic?”

Charlize Theron warned that her speech was going to include a lot of “f—s.”

“This f—ing year! This has been an incredibly powerful year for women but also an incredibly s—y one,” the Oscar winner said. “I had no idea when I was making ‘Mad Max’ that we were actually giving ideas on how to run the country. I thought it was much more of a cautionary tale.”

Like most of the honorees, Theron touched upon Brett Kavanaugh’s hearing. “My whole career I have always been drawn to playing strong independent female characters, but none of them compare to the strength and fearlessness of women like Christine Blasey Ford, Anita Hill and all of the myriad of women who have come forward and shared their stories,” she said. “Death threats be damned! We must find courage in all of this inspiration and inspiration to tell our stories our unique stories and powerful stories.”

The evening ended with Angela Bassett receiving an award from Lena Waithe on behalf of herself and her “Black Panther” costars Lupita Nyong’o and Danai Gurira. “I think about the women who came before us, those who endured those who overcame so that we could live and work and succeed, thrive, love and win,” Bassett said. “And as I stand here tonight, we are going to win in every way imaginable. But we have to do it together. You see, we women are a nation of powerful beings and you know that when we put our hearts and our minds together, we are unstoppable.” 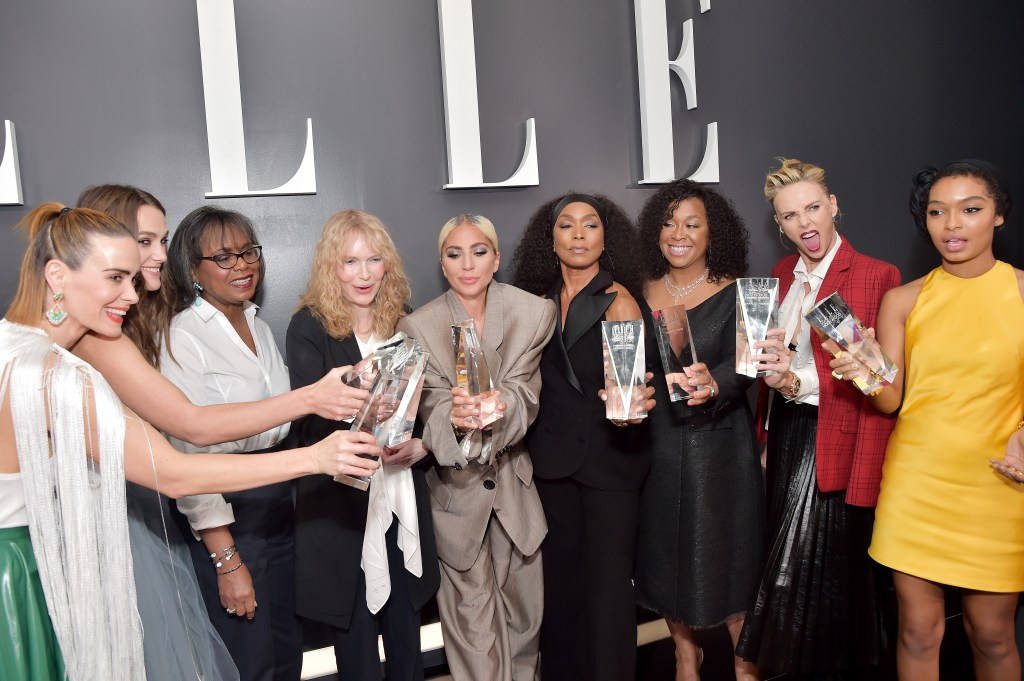