It’s not easy to upstage Jennifer Aniston. But everyone at Thursday night’s premiere of her new Netflix flick, “Dumplin’,” seemed to be singing the praises of Dolly Parton, who earlier in the day received a Golden Globe nomination for “Girl in the Movies,” one of half a dozen new songs she wrote for the film. Aniston shared her predictions for the award show on the red carpet outside the TCL Chinese Theater in Hollywood — and she, for one, is rooting for the country queen over Lady Gaga’s “A Star Is Born” song nomination.

“Because she’s Dolly, and she deserves it,” Aniston told Variety. “She contributed so much to our movie. She was only supposed to give us one song and ended up giving us six. We feel very spoiled by her.”

Director Anne Fletcher found the fact that cross-generational gay icons Gaga and Parton are competing in the same song category “hilarious,” she said with a laugh. “The age gap! One has been doing it for 50, 60 years. Don’t try to compete with Dolly. That’s how I feel,” she said.

Meanwhile, “Dumplin” star Danielle MacDonald had all the feels. “The music she wrote for the film, basically it felt like she took it out of my soul and put it into music — it’s incredibly personal for me,” said the Australian actress, who plays the plus-size daughter of Aniston’s former beauty pageant queen. “It made me really emotional, so I think I’m a little bit biased.”

MacDonald and Aniston didn’t even break character when they found themselves off the set and in a recording studio along with Parton and producer Linda Perry. “It was terrifying,” MacDonald recalled of their background vocals for the song “Push and Pull.” “They’re like: ‘You’re singing.’ And I’m not a singer. Linda really had to work with me to make it half-decent, but it was good in the end. We got there.”

“It was my idea,” Perry said of the unexpected collaboration. “Jennifer Aniston isn’t going to go out there and be Florence and the Machine, you know. But they carried a tune and added a texture and that’s what you’ll hear on the choruses.”

Perry couldn’t comment on her main competition from “A Star Is Born”: “I honestly have not seen it,” she admitted. “I’m going to tell you why — I’m such a fan of the Kris Kristofferson and Barbra Streisand version and the earlier versions. I’m a little afraid, I’m not going to lie. But I hear it’s really good … and then I hear other things.”

How did they react to the nomination news Thursday morning? “Dolly’s cool,” Perry said. “She was just like: ‘We did it, girl!’ And we hugged. That was about it and then we went and played on ‘The Talk.’ It didn’t stop my life, but it’s super-exciting to be nominated with such a legend. You know, like, Dolly f—ing Parton and I wrote a song together that just got nominated for a Golden f—ing Globe.” 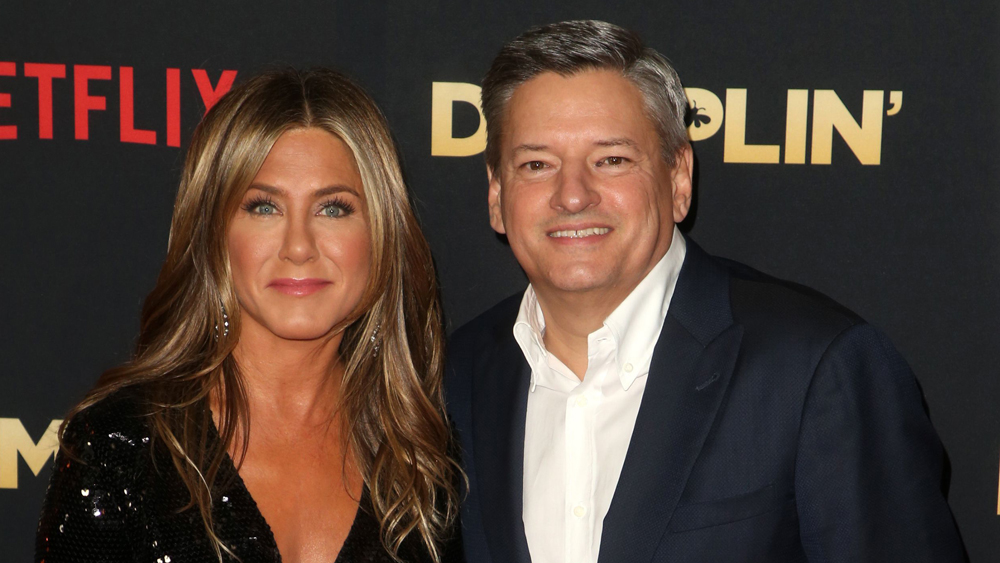 If Perry gets her way — and she usually does — she’s planning a groundbreaking moment on stage for the ceremony come Jan. 6. “I’m going to let it be that Dolly and I are the first ones to perform our song on the Golden Globes. It’s out there [now],” proclaimed Perry.

Unfortunately, Globes producer Barry Adelman told Variety at the nominations announcement that there are no plans to include performances during the show.

Despite her desire to stay present, Parton revealed that she’s already thinking about her next movie project. “We’re going to be getting the first draft of the ‘9 to 5’ sequel pretty soon so that’s a real goal,” she said. “Once we see it, we’ll start working on touching that up.”