Clint Eastwood: Why Alison Eastwood Came Out of Acting Retirement for Her Dad 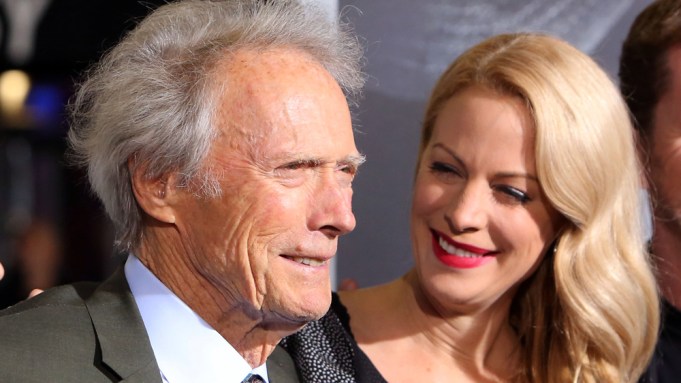 Or so she thought.

It was a Friday night and she and her husband were heading to dinner when her father’s producer Sam Moore called. “He [says], ‘You know, your dad wants you to do this film,” Alison recalls. “I almost threw up. [My husband] was like, ’Is everything OK? Did somebody die?’ I’m like, ‘No, I just don’t feel very well.’ I retired from acting and I sort of threw in the towel and decided to focus on a lot of different things so I thought, why does he want me?”

The movie is the upcoming “The Mule,” which Clint Eastwood directed and stars in. Alison plays his — what else? — daughter in this true story about a 90-year-old who is caught smuggling $3 million worth of cocaine through Michigan for a Mexican drug cartel.

“The more I thought about, I was like, ‘Well, maybe this is an opportunity to not only play his daughter, but also just to spend some free time with him,” Alison said. “And my husband said, ‘If you don’t do this, you’re going to regret it for the rest of your life.’”

While the Hollywood legend may be 88, Alison said he’s not slowing down anytime soon.

“He’s a machine,” she told Variety at the “Mule” premiere in Los Angeles. “I think he has a robot chip in the back of his head. He’s not human.”

“I don’t get worried,” Alison continued. “I don’t know how he does it. I’m not sure. I can only aspire that I could have half the stamina he has. I directed two films and the last one almost killed me. He just seems to make it look so easy, which is very inspiring but it’s also like, ‘Why can’t it be as easy for me?’”