How James Wan Convinced Nicole Kidman to Star in ‘Aquaman’ 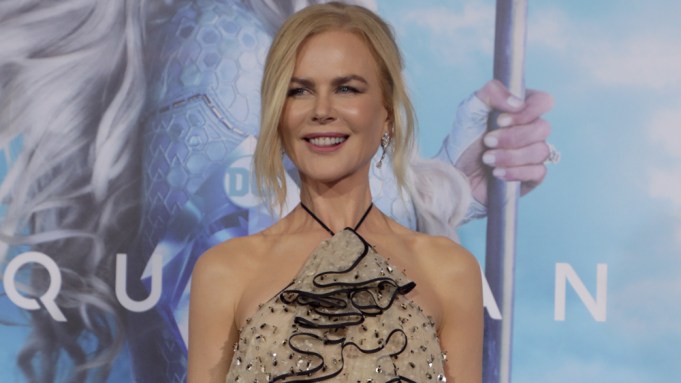 While some actors dream of playing a superhero, that wasn’t the case for the cast of “Aquaman.”

It sure is. The $350 million movie stars Jason Momoa as Aquaman and Nicole Kidman as his mom. Patrick Wilson co-stars as Aquaman’s half-brother and archnemesis King Orm. Rounding out the cast are Willem Dafoe, Dolph Lundgren, Michael Beach, Yahya Abdul-Mateen II, and Temuera Morrison.

Momoa admits he “wasn’t a fan” until comic book writer Geoff Johns “kind of created this role for me.”

Kidman was convinced to jump on board because of Wan. “I knew James Wan was going to do something really interesting and really fun and I’ve wanted to work with him since he started out in Australia in low-budget horror, and I’ve followed his career,” the Oscar winner said. “I do this with directors, I follow certain directors. So I’ve been following James. And then he showed me some of the drawings [he was] doing, and he said, ‘See this is why you have to be in the movie, because I’ve drawn her to look like you.’”

For Wilson, the movie brought back memories from his childhood when he had an Aquaman action figure. He laughed, “I had many baths with Aquaman.”