Amy Poehler Is Ready for a ‘Parks and Rec’ Reunion 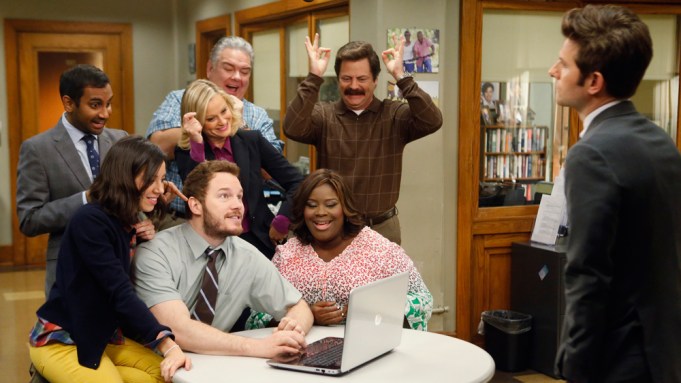 Is Amy Poehler just getting our hopes up?

We hope not, because the funny lady tells Variety that she’s ready for a “Parks and Recreation” reunion.

“I am technically available,” Poehler said on Monday at Smart Girls’ 10th anniversary celebration dinner. “I have like six of Leslie’s blazers in my closet, so anytime.”

“Parks and Recreation” ran from 2009 to 2015 on NBC and starred Poehler as Leslie Knope, an over-achieving and highly competitive parks and recreation deputy director in the fictional town of Pawnee, Indiana. Poehler won a Golden Globe for her work on the series in 2014.

It sounds like timing for a reunion is dependent on co-creator Mike Schur. “Our king is busy doing his highly successful show, ‘The Good Place,’” Poehler said. “We really can’t jump without Mike. So when Mike is good and ready, I’m sure we’ll show up like good soldiers.”

As for Leslie’s storyline, Poehler hasn’t thought that far in advance. Maybe she’s “president of the moon,” she quipped.

Nicole Pajer contributed to this report.