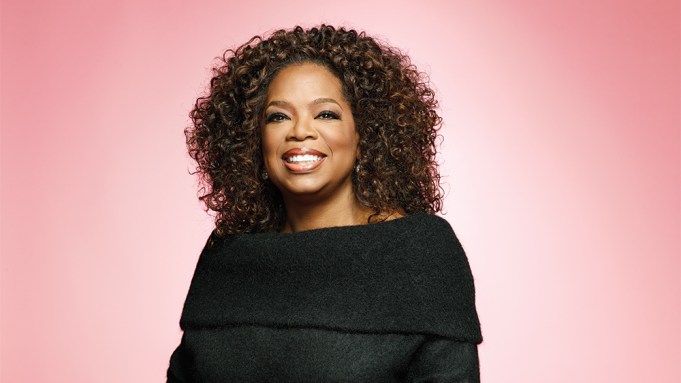 Oprah Winfrey returned to the campaign trail on Thursday for Stacey Abrams, a Democrat who is running for governor of Georgia, lamenting “all the noise,” “crazy talk” and “vitriol” that is now part of political discourse.

“You know what? They are designed to confuse and confound you with fear. They are not designed for people with discernment,” she told a crowd at the Cobb Civic Center Jennie T. Anderson Theatre in Marietta, Ga.

Winfrey did not mention President Trump’s name or reference Abrams’ Republican opponent, Brian Kemp. But she did call on women to remain unafraid.

“Women, people. We have discernment…When you can feel what is the right thing to do, you can’t be influenced by propaganda and fear,” she said.

This was Winfrey’s first foray into midterm politics this year, after largely sitting out the 2016 presidential campaign. In January, when she gave a speech at the Golden Globe Awards, it ignited speculation that she too may be looking to run for president in 2020.

At the event, Winfrey again dismissed those prospects.

“I’m not here because I’m making some grandstand, I’m thinking about running myself,” Winfrey said. “I don’t want to run. I’m not trying to test any waters.”

Winfrey is taking a pause from her role as a contributor on “60 Minutes” as she campaigns.

She touched on one of the major issues of the Abrams-Kemp campaign: voting rights.

She said that “if you’re a woman you need to recognize it hasn’t even been a hundred years since we even had the right to vote, since we were considered a piece of property. …You didn’t have a voice and now we do.”

Kemp, Georgia’s secretary of state, has been challenged for his decision to freeze some 50,000 voter applications. Abrams’ campaign has called on him to resign, while he has said that it is a manufactured problem at a time when registration is at a record high.

She told the crowd that she was registered as an independent. “I am an independent woman. I have earned the right to do exactly what I want to do,” she said.

Winfrey’s first dive into the political arena came in 2007, when she endorsed Barack Obama and campaigned for him in Iowa, South Carolina and other states. Her endorsement helped the campaign organize voters and draw attention to Obama, who was still trailing in the polls to Hillary Clinton.

She later sat with Abrams for a Q&A session, in which the candidate answered questions about issues like healthcare and education. One of the central proposals in her campaign is to extend the Medicaid expansion to the state. Abrams also talked about how she ran, despite people telling her that she could not because she holds more than $200,000 in tax, credit card, and student loan debt.

Abrams told Winfrey, “I think I’m going to win. Leadership is about being willing to take the risk, not knowing if you’ll get the reward.”

Winfrey also appeared in a campaign video where she said she was canvassing in neighborhoods, urging people to get out and vote.

.@Oprah is knocking on doors for @staceyabrams, @SarahRiggsAmico, and @GeorgiaDemocrat today — because all of us must do our part to lead Georgia forward! 🙌🏾 Join us: https://t.co/jBR0rTkgHr #TeamAbrams #gapol pic.twitter.com/HKKECz3xnB

Vice President Mike Pence campaigned for Kemp on Thursday, and made reference to Abrams’ celebrity support. “I’d like to remind Stacey and Oprah and Will Ferrell, I’m kind of a big deal, too.” Ferrell went canvassing door-to-door for Abrams last week.