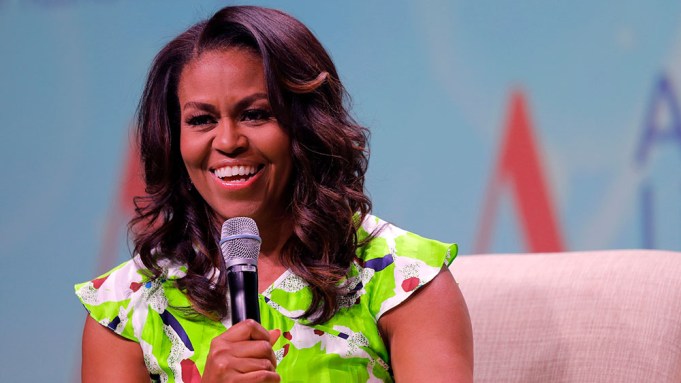 WASHINGTON — Former First Lady Michelle Obama will participate in a voter registration “week of action” from Sept. 22-29, part of a new initiative called When We All Vote.

In a YouTube video that debuted on Monday, Obama said she will be hitting the road to encourage people to register to vote. She called for volunteers to participate in voter registration events across the country and to stage their own events.

“There’s too much at stake to sit on the sidelines, not just in this election, but in every election, and we need your help right now,” she said.

The video was released in commemoration of the Voting Rights Act, which President Lyndon Johnson signed on Aug. 6, 1965.

Obama is a co-chair of When We All Vote along with former president Barack Obama, Tom Hanks, Lin-Manuel Miranda, Janelle Monáe, Chris Paul, Faith Hill, and Tim McGraw. The organization has yet to announce which events she and the other co-chairs will attend.

The former first lady’s memoir, “Becoming,” is set to be published on Nov. 13.