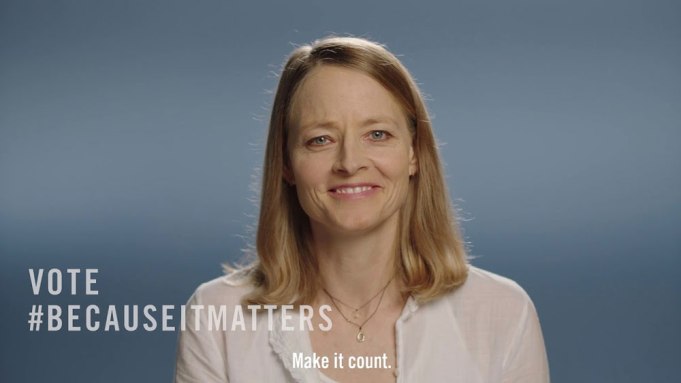 WASHINGTON — Mike Bloomberg’s political action committee debuted a Jodie Foster-directed digital spot on Tuesday that features a host of celebrities who cite health care, the environment and equal pay and other issues in urging women to vote.

The ad will run nationally and in competitive House races through Election Day. The New York Times reported earlier this week that Bloomberg plans to spend $20 million to help House Democratic candidates with advertising. The ad spot was produced via RadicalMedia.

In a statement, Bloomberg said, “It is hard to overstate the importance of this election. Our environment and our health are on the line. The good news is that more women are running than ever before, and female voters overwhelmingly support Democratic candidates for the House and Senate.”

Foster said that “we hope that this campaign, featuring familiar faces in the entertainment industry, will inspire others to share their views and more importantly take action on Election Day.”

Bloomberg is considering a 2020 presidential bid, and he recently re-registered as a Democrat.