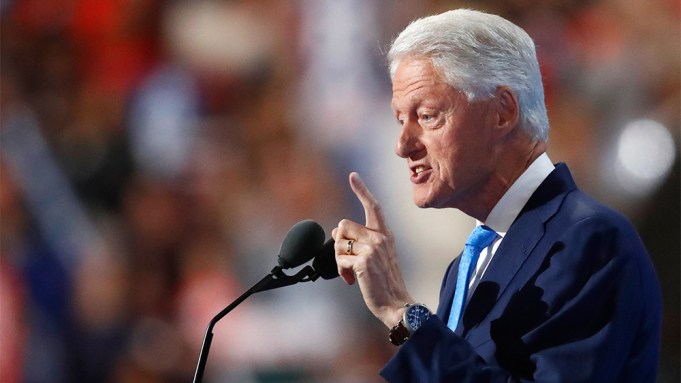 WASHINGTON — Bill Clinton defended his actions dating back to the late 1990s when he had an affair with Monica Lewinsky, even in light of the Me Too movement.

The former president said he has already apologized to the ex-White House intern.

“I have never talked to her, but I did say publicly on more than one occasion that I was sorry,” Clinton said in an interview on NBC’s “Today.” “That’s very different. The apology was public.”

Clinton and author James Patterson sat for an interview with Craig Melvin on Monday morning. The two co-wrote the new thriller “The President Is Missing.”

Clinton said he would not have changed the way that he handled the scandal, as it unfolded in 1998.

“I don’t think it would be an issue because people would be using the facts instead of the imagined facts. If the facts were the same today, I wouldn’t,” he said. He later added, “I think I did the right thing. I defended the Constitution.”

He also said that allegations of sexual harassment and assault against President Donald Trump have not “gotten anything like the coverage that you would expect.” He noted that the renewed focus on the Lewinsky scandal in light of the Me Too movement is due in part to voter frustration with Trump.

“I think partly because they were frustrated that they got all these serious allegations against the current occupant of the Oval Office, and his voters don’t seem to care,” Clinton said.

He challenged the idea that he escaped the consequences for the scandal.

“Nobody believes that I got out of that for free. I left the White house $16 million in debt,” he said.

He said the Me Too movement is “way overdue. I think it doesn’t mean I agree with everything, I still have questions about decisions that have been made.”

His comments drew immediate reaction on social media and on MSNBC’s “Morning Joe,” where host Mika Brzezinski said, “My god, he sounded like Trump. He sounded incapable of owning anything.”