Beyonce, Sean Hannity, and LeBron James are among the most politically divisive celebrities in America, according to a new report from market research firm Morning Consult.

With midterm elections on the horizon, Morning Consult surveyed more than 6,000 Americans to discover which celebrities cause the largest divide between Democrats and Republicans. The report also used Forbes’ list of the 100 highest-paid entertainers in 2018 to gauge public opinion of each celebrity. 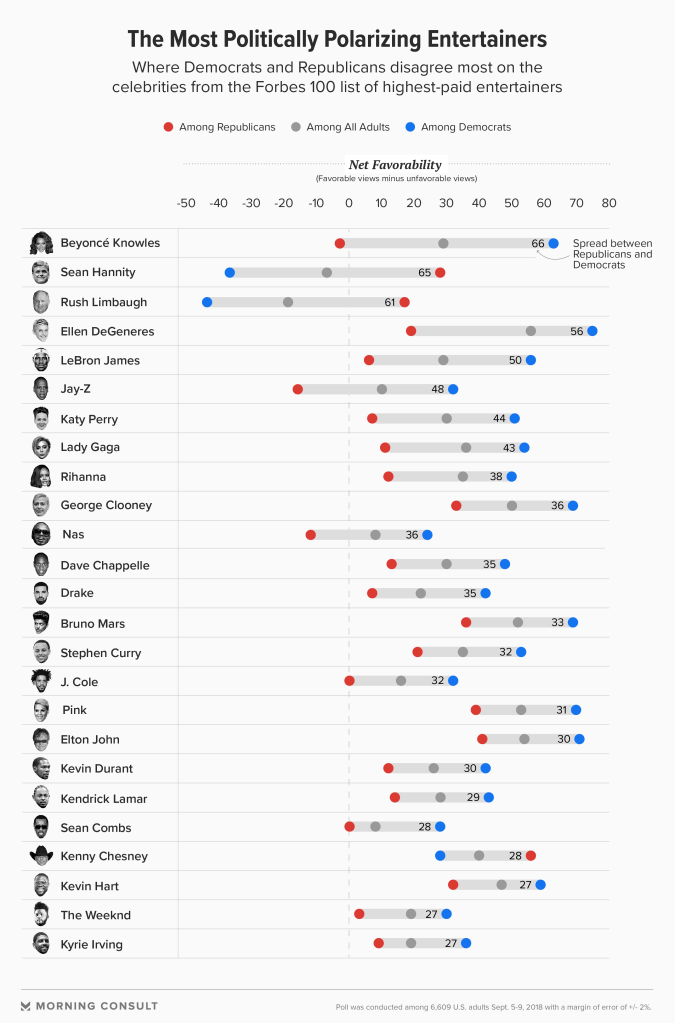 Beyonce leads the list of most politically polarizing entertainers with a 66% difference in net perception between Democrats and Republicans — Democrats were generally in favor of the singer while Republicans expressed more negative views. Beyonce is joined by Sean Hannity and Rush Limbaugh, who garnered more favorable Republican perceptions, as well as a host of other celebrities, including LeBron James, Jay-Z, Katy Perry, and Lady Gaga. 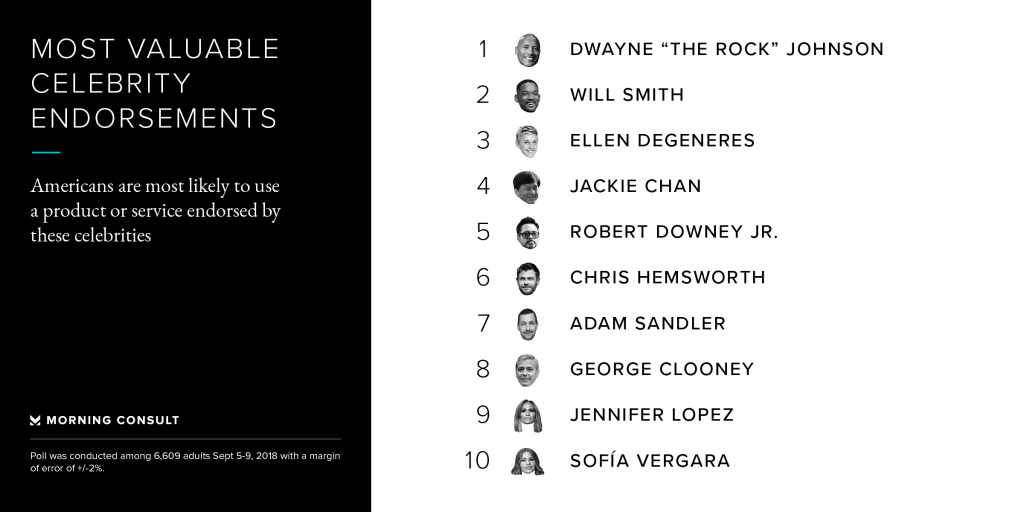 Johnson, Smith, and Chan are also included among the Consult’s most valuable celebrity endorsements, alongside television personality Ellen DeGeneres, and actors Robert Downey Jr. and Chris Hemsworth. According to the Consult, Americans are more likely to use a product or service if it is endorsed by one of the celebrities on its list.

Noticeably absent from the Consult’s report was pop star Taylor Swift, who recently made headlines by breaking her political silence by endorsing Tennessee Democratic candidates. Swift’s announcement prompted an enormous spike in voter registration as well as a dismissive comment from President Donald Trump.