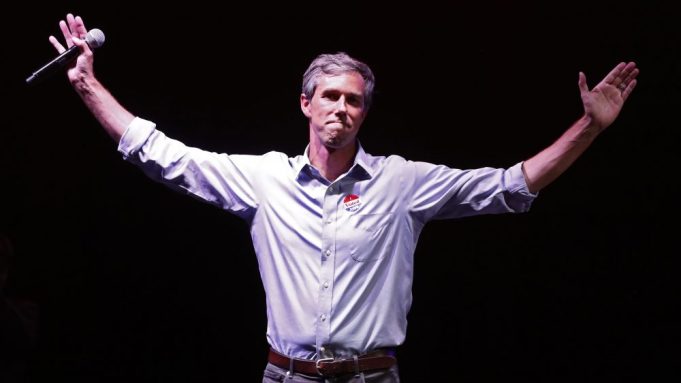 Beto O’Rourke was too proud to hold back an f-bomb late Tuesday, even on national television.

Following a narrow defeat in the Senate race to Republican Ted Cruz in Texas, O’Rourke, the celebrity-backed Democrat and former punk rocker, told his hometown supporters of El Paso he was “so f—ing proud” of them.

“Tonight’s loss does nothing to diminish the way I feel about Texas or this country. I’m so f—ing proud of you guys,” O’Rourke said of the people who worked on his campaign, shortly after the race was called for the incumbent.

During his emotional concession speech, O’Rourke said: “It is the greatness to which we aspire and the work we are willing to put into it to achieve it by which we will be known going forward. This campaign holds a very special place in the history of this country. Every day going forward. You have made that possible.”

“Sorry for the F-bomb,” anchor Brian Williams said. “We have no control of what’s in the concession speeches.”

O’Rourke, whose campaign raised a record-setting $60 million, was a long-shot to defeat Cruz, a Republican, in the historically red state of Texas, despite finding widespread support nationwide in one of the most closely-watched races of the election.