Barbra Streisand on Donald Trump, Al Franken and Why She Thinks Hillary Clinton Won the Election 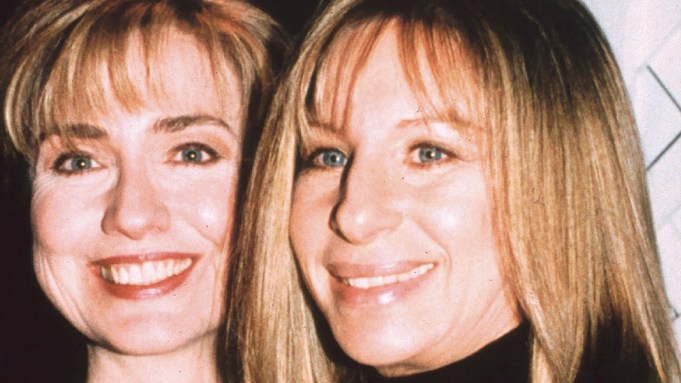 When you talk to Barbra Streisand about politics, she doesn’t hold back. “I really believe she won the election,” Streisand says about Hillary Clinton. “I’ve talked to senators from Michigan and Wisconsin. I do believe, like I believed during Bush, they were playing with those voter machines. And [Al Gore] lost by 537 votes. Bush looks quite good compared to Trump. At least he’s not mean spirited. He’s not a guy who is retaliating for what Obama did at the White House Correspondent’s Dinner.”

Streisand sat down with Variety for a two-hour conversation at her home in Malibu for this week’s cover story. In addition to talking about Hollywood’s boys club, and how it impacted her career as a director and producer, Streisand also shared her thoughts on Trump’s presidency. Here’s what she had to say about why Al Franken should have never resigned and if Clinton should run again in 2020.

Where were you on election night 2016?
I was with Senator Barbara Boxer. I was asked to go someplace downtown to be on TV. And sitting there and watching this, it put me into a deep depression. I just didn’t trust the crookedness of it. I thought, “Something’s up here.”

Do you think Trump will be impeached?
I sure hope so. I’m so upset by a crazy person. I call him the liar in chief, the misogynist in chief. He’s so crazed.

The George W. Bush years affected many artists. Has Trump’s presidency changed your art?
Absolutely. As a matter of fact, I’m doing an album. The next one I’m doing is called “What’s on My Mind.” I have to express myself in these ways, lyrically and melodically.

You’ve known Hillary Clinton for a while.
I find her very warm, by the way. People didn’t seem to. That was so insulting as a woman, to say, “Well, she shouts.” As if Trump doesn’t shout. He yells. It’s like that’s what has happened to our country that we are free to say these things? Imagine her background as a first lady, a senator, a secretary of state. That was the next step. She needed to be president of the United States. What that would have done for women, make them so proud, and all those little girls who are thinking, “I can be anything that I want to be, even president of the United States.” I was just heartbroken. I was so devastated for a long time.

Do you think Hillary should run again?
I don’t know if I could trust those women who didn’t like her and didn’t vote for her. I think she would win, because she deserves to win. She’s so experienced and presidential and articulate and smart. Watching Trump earlier today, he just repeats himself over and over again. At some point, three Republican Speakers of the House were guilty of sexual transgressions–Newt Gingrich, Bob Livingston and Dennis Hastert. But I think Democrats are basically nicer and kinder people. They don’t insult people like Republicans seem to do.

What did you think about Senator Al Franken’s resignation?
Not all offenses are equal. The loss of Al Franken, who has been a consistent advocate for women, is hard. Before he was a senator, he was a comedian and he did a couple of silly things. He was kidding around. But that pales in comparison to what his Republican colleagues have done. I was sad to see a group of women Democratic senators turn on him so quickly. I think they went too far without due process. I think they pressured him to set an example that the Republicans might follow, and of course they didn’t.

So you think Franken should still be a senator?
Oh yes, I do. I know what they were trying to do, to say, “Look our guy told the truth and resigned.” Why don’t your guys tell the truth and resign? No such luck. These guys are going to deny everything.