An Inside Look at the Life of ‘Empire’ Actress Serayah 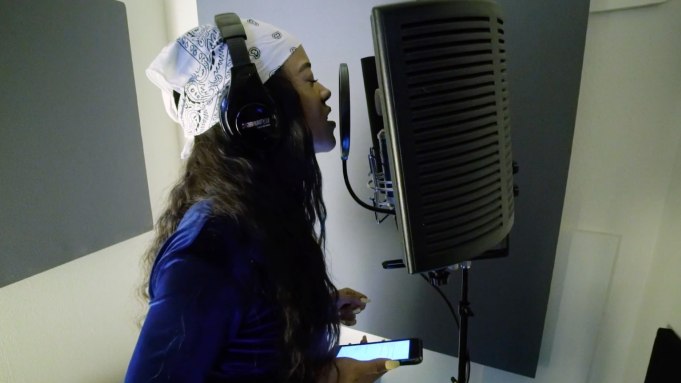 Up-and-coming R&B singer and “Empire” actress Serayah and her always-busy schedule is at the center of the camera’s focus in this episode of Variety’s “That’s Life.”

The San Diego native moved to Los Angeles with her mother, grandmother and aunt when she was a child. She said she grew up knowing she wanted to be a singer and be on television, and her first big break happened after a friend at Taft High School put her in touch with his stepmother, Lea Daniels, the casting director for Lee Daniels, director of “Empire.” She rapped a verse from Nicki Minaj’s “Itty Bitty Piggy” and was quickly cast on the show as R&B-pop artist, Tiana Brown.

Outside of television, she continues to pursue her other interests, including putting work in at her studio where she recently recorded her newest single, “GTTM (Going Through The Motions) with her producers.

Besides music, Serayah is also active in “Fem The Future,” a grassroots organization founded by fellow singer Janelle Monáe. The “Fem The Future” campaign (paired with Belvedere Vodka) seeks to shine a light on talented women and provide various opportunities for women across a multitude of mediums, including the entertainment industry.

She also maintains an active vlog where she chronicles snippets of her life, including showing fans moments of her day on “Empire’s” set.