Continue to Variety SKIP AD
You will be redirected back to your article in seconds
May 15, 2018 1:31pm PT

Writes Jeremy Helligar: "After living abroad for nearly 12 years, on five different continents, why is fear gripping me more tightly than ever now?" 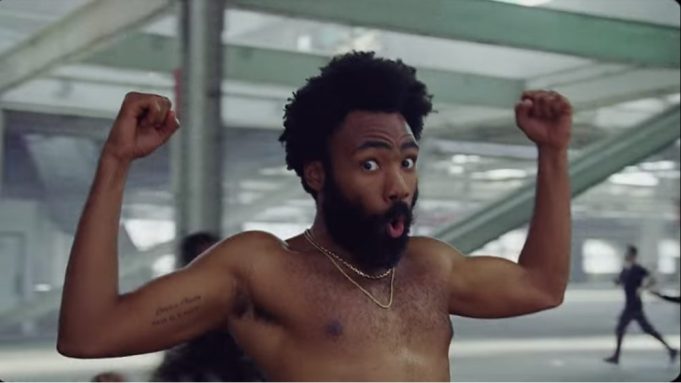 The final scene of Childish Gambino’s “This Is America” sends a shiver down my spine because it recreates a nightmare I’ve been having a lot lately.

In the sequence, a shirtless Donald Glover, the visionary performer who uses “Childish Gambino” as his musical alter ego, runs from a pack of people. They don’t appear to be “Get Out” threatening, but it’s a black man running from a mob with a terrified look on his face. You do the math.

Seen out of context, one could mistake it for a variation on the celebrity theme of “A Hard Day’s Night.” But guns firing and black people falling elsewhere in the video puts it firmly in its place: It’s a hard day’s night all right, but not for mop-topped white guys.

In my nocturnal version of “This Is America” (not to be confused with David Bowie and Pat Metheny Group’s 1985 hit “This Is Not America,” by the way), I’m not shirtless, but I’m sprinting. I’m running for my life, afraid of what might happen to me if I dare turn around and go back to the United States.

After living abroad for nearly 12 years, on five different continents, why is fear gripping me more tightly than ever now? It’s partly because of Donald Trump’s America and the President’s tacit endorsement of white male supremacy. As I seriously consider returning to the U.S., possibly full-time, eight years after I last stepped foot on American soil, Glover’s twisted fantasy mirrors my worst potential reality – the one I worry awaits me on the other side of the world.

Since the “This Is America” video debuted on May 5 (ten days later, it’s racked up more than 120 million views and is still trending), numerous “think pieces” have popped up laying out all the hidden messages and clues to what’s going on inside Glover’s head. For me, one need not interpret every frame to grasp the unmistakable message: That other Donald hasn’t kept his promise to make America great again.

I heard the black fear in my mom’s voice when I spoke to her on Mother’s Day. She lives in Atlanta, which happens to be the setting of Glover’s Emmy-winning TV series and the city that gives the acclaimed show its name. She told me about how hard it is to be black in America right now. She said she tries to be as meek as possible in public, never so much as honking her horn, lest she provoke white road rage. She said she’s thankful whenever she leaves her apartment and makes it back home safely.

Mom had just returned from church, and as she spoke about the service, I thought about the black young-adult choir that was always my favorite thing about Sundays in my youth. We attended a black church, and the choir was much like the one that’s executed with one spray of a machine gun in the video’s most shocking scene. I always thought it must have been the safest place one could be on a Sunday morning, onstage singing His praises. Black Christians today must know better.

The power of “This Is America” goes beyond its documenting of African-Americans under attack, though. It’s also in the video’s vagueness and its all-encompassing visual and lyrical commentary. When Glover shoots a black man with a bag over his head, it echoes the Jim Crow-era violence of the recently resurgent Ku Klux Klan.

Does the shared race of both parties make it a statement about black-on-black crime? Does it reflect how we the black people can be our own worst enemies, “Django Unchained”-style? Does the color of the shooter even matter (Glover also guns down the aforementioned black young-adult church choir), or is it more about how victims of gun violence in the United States are more likely to be black?

I think it’s all of the above as well as a non-race-specific statement about how guns are wiping out the next generation in a country that’s so blindly protective of its Bill of Rights that it refuses to recognize the need to limit the right to bear arms. In all my expat years, that’s been the one thing for which people in other countries are most likely to ridicule Americans.

Glover doesn’t let blacks off the hook either. He acknowledges the rampant, almost stereotypical materialism of the black community. (“I’m so fitted / I’m on Gucci” and “Get yo money, black man.”) Black and white youths idolize A-list rappers who flaunt their bling and brag about the glamorous life. It’s an American image that’s been delivered and translated all over the world.

I love that Glover aims higher than Gucci and money. I remember the first time I ever laid eyes on him. I never watched “Community” and only sporadically tuned in to “30 Rock” (where he made several appearances between 2006 and 2012), so my exposure to his work was delayed until the season-two premiere of the HBO series “Girls” in 2013. He was in it playing Lena Dunham’s token black boyfriend for two episodes only.

I assumed it was her way of addressing the backlash critics and social media dumped on her during the first season for the show’s whitewashing of Brooklyn. I wondered if Glover knew that Dunham may have been using him. His subsequent work suggests that he probably did.

In some ways, Glover and “This Is America” make me feel empowered as a black man the way I heard Beyonce’s “Lemonade” did for black women. After all, Glover is alive at the end of the video.

But the body count – the black body count – makes him seem like the sole survivor of a nuclear war. No, America hasn’t come to that yet, but the idea of being in America hasn’t seemed so frightening since the ’70s and ’80s, when I was growing up in Kissimmee, Florida, constantly being reminded that nuclear war and certain death were but the push of a button away.

Is Glover actually as fearful as he looks at the end of “This Is America”? I don’t know for sure. Throughout the rest of the video, he seems more resigned than afraid, almost detached. But I’m so grateful he had the courage to share his truth.  Although I’m a black American on the other side of the world, “This Is America” has reminded me that I’m not alone.