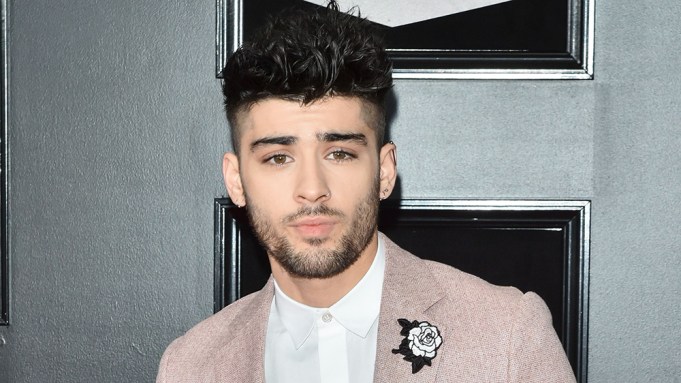 The gradual buildup to Zayn Malik’s second solo album continues with a new song dropped Thursday called “Fingers.” In it, the former One Direction star sings of being so overcome with nerves over an unrequited love that he can’t get his fingers to text.

“My fingers ain’t working, but my heart is/ If you wanna let me know where you hiding/ I could come and love you,” he sings.

Malik has released several songs leading up to the album over the past year, including the Sia collaboration “Dusk Till Dawn,” the Timbaland tag-team “Too Much,” “Let Me,” “Entertainer,” and “Sour Diesel.” He even released a cover of Elvis Presley’s “Can’t Help Falling in Love” over the summer.

While no details about the album have been released, Malik spoke about it with Zane Lowe on Beats 1 back in May.

“It’s all very under wraps at the minute. I’m trying to keep it as mysterious as possible, but there’s a plan with the roll out,” Malik said in the interview. “It’s going to be different than anything anyone has done before. It’s going to be interesting to see how the audience reacts to this kind of release. I wanted to try something different, I think it’s all going to make sense in the end when the album finally drops.”

He continued, “A second album I think is always nerves around that the only reason I have experience and knowledge of that is because I was a band for a very long time and I learned a lot of things. I get to use those experiences as a point of reference for the things that are going on now.”

He promised, “It’s going to reach people a bit differently and hopefully solidify the fact that yeah, I am a solo artist. I mean business.”