Watch Cardi B Work the Pole in NSFW ‘Money’ Video 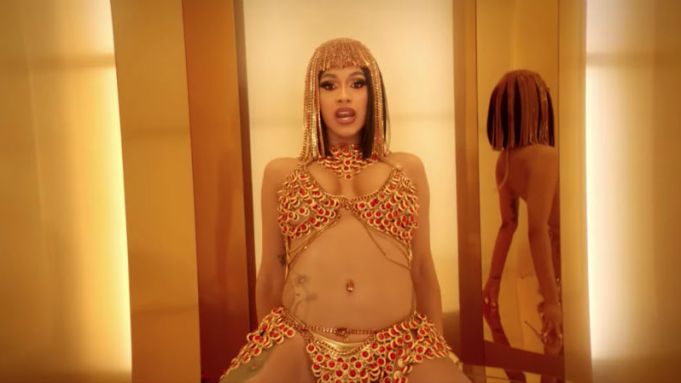 It’s no secret that Cardi B worked as a stripper before rising to fame via VH1’s “Love & Hip-Hop: New York” and then her multiplatinum career as a rapper, and she shows off some of her moves in the new video for “Money,” which dropped on Friday. While the clip features plenty of NSFW moments, it is often more than a little reminiscent of Beyonce’s recent videos, particularly the costumes and the stately museum vibe of “Apesh–.”

Rarely a day passes when Cardi isn’t in the news, and yesterday she was said to be still considering an offer from Maroon 5 to perform with the band during its controversial halftime set during the Super Bowl in Atlanta on Feb. 3. Travis Scott is said to be performing with the group, but details are hazy because no performers have been officially confirmed for the show — even Maroon 5, whose headlining set was first reported by Variety late in September.

And over the weekend, Cardi was the unwilling recipient of a very public act of contrition from her estranged husband Offset of Migos, who crashed the stage during her headlining performance at the Rolling Loud festival in Los Angeles with flowers and a cake that read, “Take Me Back Cardi.” In fan video of the event, the two could be seen exchanging words, after which Offset exits the stage and Cardi has the props removed.