Continue to Variety SKIP AD
You will be redirected back to your article in seconds
Aug 30, 2018 11:23am PT

On the anniversary of the Byrds' seminal "Sweetheart of the Rodeo" album, listen to a Pete Seeger demo of the song that became a hit for the band in 1965. 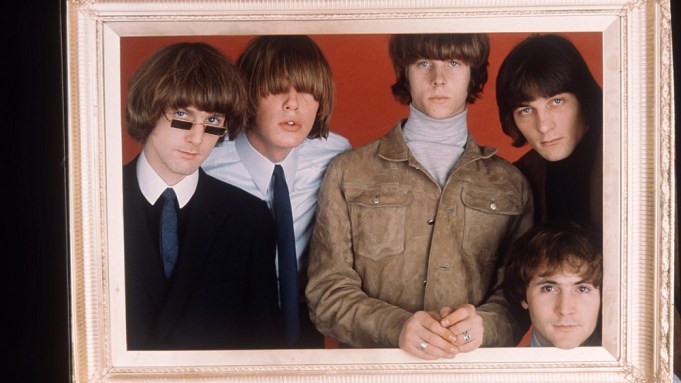 Pete Seeger was a full-fledged folk star at the turn of the 1960s, having spent much of the two decades prior popularizing the genre that would spawn the likes of Bob Dylan, Peter, Paul & Mary and The Mamas and the Papas. But perhaps his most important work was still ahead of him, as a recently surfaced recording of the iconic “Turn! Turn! Turn! (To Everything There Is A Season)” seems to indicate. Found in a private collection and believed to be a demo pressed around 1961, the one-sided vinyl, 78 RPM acetate was intended to showcase the song for performance or recording considerations, as was common at that time. It may be the earliest known recording of the song.

Of course, most people are familiar with the ubiquitous version by The Byrds from 1965. That band epitomized the mid-60s folk-rock boom, and their immortal rendering of this particular message song has become synonymous with the decade itself. But the history of this composition is itself an interesting time stamp of a major moment in musical history.

Seeger saw the original folk explosion as part of the Almanac Singers with Woody Guthrie in the early 1940s and again as a member the Weavers until he left that famed folk quartet in 1958. As a songwriter he excelled at appropriation, using the poetry of Idris Davies for the song “Bells Of Rhymney” and adapting verse from the Bible’s Book of Ecclesiastes for “Turn! Turn! Turn!” Both songs had a similar descending melody that Seeger himself called “conventional…even cautious” and acknowledged their basic structural dept to the old chestnut “Twinkle, Twinkle, Little Star.”

“Turn! Turn! Turn!” first appeared on wax in 1962 on The Limeliters’ “Folk Matinee” LP. A clean-cut folk trio featuring lead singer Glenn Yarbrough, The Limeliters’ hearty version sounds like a drinking song or something from a Union hall meeting — perhaps not the most auspicious debut. A few months later, Seeger included it on his own album, “The Bitter And The Sweet” (recorded live at the Bitter End). Slowed down for his audience with just voice and guitar, this live version feels laborious. The album liner notes state simply, “’Turn! Turn! Turn! (To Everything There Is A Season)’ is another new song written by Pete Seeger, its power may remind many of ‘The Bells Of Rhymney.’ The words are from the Book Of Ecclesiastes in the Old Testament.”

The song could have ended up a preachy folk standard right there—another stiff sing-along like Lead Belly’s “Goodnight Irene.” But, the times they were a-changing. Young troubadours like Bob Dylan and Joan Baez were extending the folk tradition with songs of their own declaration and a new wave of folkies had begun to sing out.

In 1963, Judy Collins recorded the album, “Judy Collins #3.” The LP included both “Bells Of Rhymney” and “Turn! Turn! Turn!” A fast-rising folk interpreter, Collins was shrewd and discerning when selecting material to perform. In the album notes she writes admiringly of Seeger’s compositions and concludes, “I do the ‘Bells of Rhymney’ with the 12-String guitar, since I see no way of improving upon the fine Seeger musical setting for the song.”

As fate would have it, accompanying Collins on this record was the young guitarist Jim (Roger) McGuinn, who went on to become the mainstay of The Byrds. McGuinn had studied 12-string guitar and banjo at the Old Town School Of Folk Music in Chicago, and was mentored by the great folksinger Bob Gibson. McGuinn had even done a stint with the Limeliters and was already familiar with the Seeger songs Collins had chosen. McGuinn arranged “Turn! Turn! Turn!” for Collins and must have loved the way the ephemeral melody sounded on his guitar, as he tucked away both Seeger tunes for future reference, the future being The Byrds.

When The Byrds’ second single, the Dylan song “All I Really Want To Do,” barely made it into the Top 40, the band needed a stronger follow-up. Columbia Records was pushing to release yet another Dylan tune for their third single but instead, at McGuinn’s suggestion, they went into the studio and recorded “Turn! Turn! Turn!” More upbeat than their version of “Bells Of Rhymney,” “Turn! Turn! Turn!” found the cultural sweet spot for an entire generation and gave the group another chart-topping hit.

McGuinn and The Byrds had intuitively tapped into the deeper folk traditions of Pete Seeger for a unifying song of meaning. Amidst the tumult over the Vietnam War, rising social and racial protest and the emergence of flower power, it was a message of change, hope and acceptance, drawn from the bible itself — a song that came to characterize the blossoming of the 1960s. A song whose time had come, as it was the season.