Troye Sivan on Eminem’s Use of A Homophobic Slur: ‘I Don’t Think There’s Ever Really A Reason’ 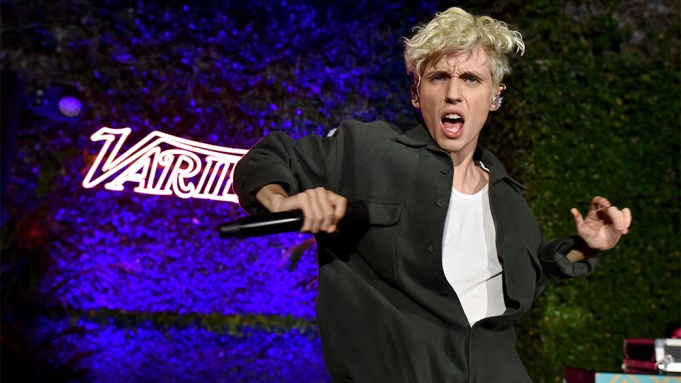 Australian musician Troye Sivan says Eminem’s use of a homophobic slur on his latest album “Kamikaze” is inexcusable.

“I don’t think there’s ever really a reason,” the singer told Variety‘s Marc Malkin at the Variety + Women in Film Emmy nominees party Saturday night, where Sivan was performing. “I just feel like some words are not meant for everyone, or for anyone. It’s not that hard to respect that, so I just hope that people do.”

Sivan, who came out publicly as gay in a YouTube video in 2013, said forgiveness for actions like Eminem’s is possible, though not without some real work.

Eminem came under fire shortly after the release of “Kamikaze,” as one track, “The Fall,” includes the lyrics: “Tyler create nothin’, I see why you called yourself a f—-t, bitch,” in reference to Tyler, the Creator.

Slim Shady acknowledged that he had made a mistake in an interview with Sway Calloway: “I think the word that I called him on that song was one of the things where I felt like, ‘This might be too far.'”

He added, “Because in my quest to hurt him, I realize that I was hurting a lot of other people by saying it.”