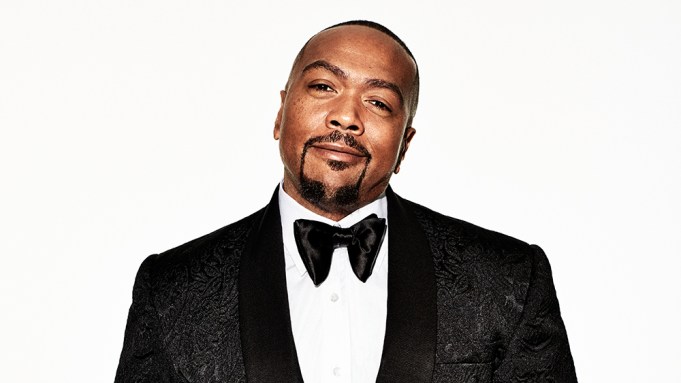 This Thursday night’s group number of “The Four” will feature a high-profile stand-in, as hip-hop mega producer and artist Timbaland will fill in for contestant Sharaya J.

Sharaya, who is battling Stage 2 breast cancer, as revealed on the Fox show, is on doctor’s orders to save her voice and was encouraged to sit out the round and concentrate on her challenge performance. The group number planned for the episode is “The Way I Are” by Timbaland.

Timbaland is close with Missy Elliott — Sharaya’s mentor — and offered to perform as a special surprise. Originally from Jersey City, N.J., Sharaya relocated to Atlanta where she started her career as a dancer. Her father was a member of the ’90s hip-hop group “Double XX Posse” and she quickly moved into hip-hop herself, working closely with Elliott for years.

Timbaland was approached by P. Diddy, Mario Winans, Laurieann Gibson, and Adam Blackstone to fill in and humbly accepted, he tells Variety. “I was very excited to be a guest on ‘The Four,’ led by some of the biggest names in music — Puff, Khaled, Meghan Trainor, and Fergie,” says Timbaland. “I’ve known Sharaya for years and when I heard that she was unable to participate in the group performance, I felt honored to step in. This platform inspires diverse, undiscovered stars to get started in their music careers with the very best.”

Despite her vocal troubles, Sharaya J has been successful defending her chair against formidable opponents. Just last week, Sharaya was engaged in a female rap battle versus 17-year-old Texas challenger Briana Burns, who goes by the name Lil Bri. Sharaya responded with a blistering version of “Stir Fry” by Migos, earning high praise from Diddy, who exclaimed “You did that!”

Before a rap battle with challenger James Farrow, Sharaya was featured openly discussing her chemo treatments, which she had to fly home for right after her first week.

“I’m chasing the dream and fighting for my life,” she said. “I am a survivor and a fighter, and I will be sitting in one of those chairs until the end.”

In her rap challenge to Farrow in week two, Sharaya threw down the gauntlet, declaring “This is my seat and that ain’t gonna change,” successfully keeping her seat.