‘This Is Me’ Catapults ‘Greatest Showman’ Soundtrack Toward One Billion Streams

The anthemic song has been streamed more than 160 million times globally. 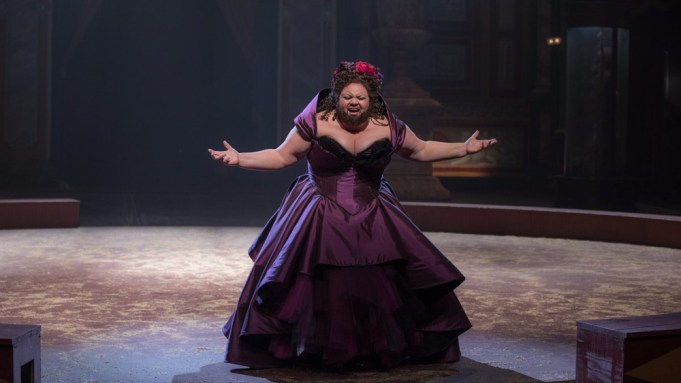 “This Is Me,” the showstopping number from original musical “The Greatest Showman,” is up for best original song at the upcoming Academy Awards and is propelling streams of the movie’s soundtrack as the March 4 broadcast inches closer.

Atlantic Records, which released “The Greatest Showman” album, a companion of music from the film, announced that the anthemic song “This Is Me” has been streamed more than 160 million times globally, and that the soundtrack is approaching one billion streams worldwide. “This Is Me” is sung by Keala Settle, who plays the bearded lady in “Greatest Showman: and was written by Benj Pasek and Justin Paul, who last year won the best song Oscar for writing “City of Stars” from “La La Land.”

Further popularizing the song, a video collection showing fans lip-syncing to the track was released. It features singers of all ages, genders and races giving their takes on “This Is Me,” including interpolations by dance groups, school bands and classes of students, alongside clips from the film.

Star Hugh Jackman tweeted the video and thanked fans for their support, writing, “You’re each exceptional, an original… and that is what makes you extraordinary.”

Thank you! To all shown here and to all who aren’t. You’re each exceptional, an original …. and that is what makes you extraordinary. #thisisme @GreatestShowman @pasekandpaul @kealasettle @Zendaya @ZacEfron @20thcenturyfox @AtlanticRecords https://t.co/Pkxoftkdx7

Pasek and Paul also tweeted their thanks on their joint account to fans “who have taken @kealasettle’s song and have made it their own.”

Thanks to all the @greatestshowman fans who have taken @kealasettle's song and have made it their own. https://t.co/bcI1Qe2y1w

Other nominees in the best song category this year include Mary J. Blige for “Mudbound’s” “Mighty River,” Sufjan Stevens for “Call Me By Your Name’s” “Mystery of Love,” Kristen Anderson-Lopez and Robert Lopez for “Coco’s” “Remember Me,” and Diane Warren and Common for “Marshall’s” “Stand Up For Something.”