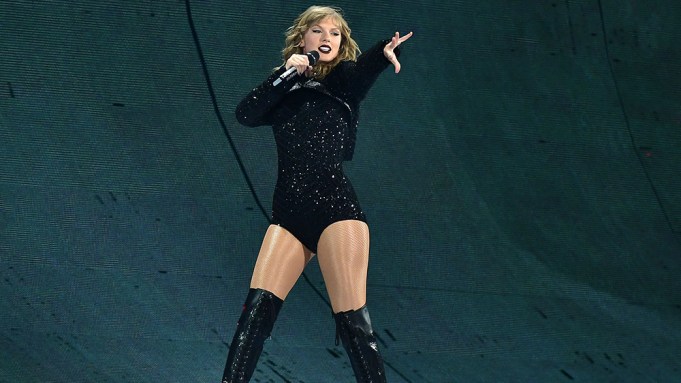 Taylor Swift today announced that she is “gifting the world front row seats to the last show of the U.S. leg” of her “Reputation” tour with a concert film that will premiere on Netflix New Year’s Eve.

Swift “uses her two hours on stage to paint a rewardingly holistic picture, even if there’s a lot of distance to travel between naive Taylor (“Love Story”), sexy Taylor (“Dress”) and karma-is-mine-sayeth-the-Taylor Taylor (“Look What You Made Me Do”),” Variety wrote of the show’s opening night in May. “The vast scaffolding on stage, sometimes visible behind the translucent 172-by-40-foot video screen enveloping it and sometimes not, suggested some kind of enormous underground city. Taking up residence two or three stories up was her usually unseen band, who would very occasionally send a lead guitarist down as emissary. Her dancers get to display a lot more personality, though it was a ways into the set before they warmed up from their initially militaristic, deep-maroon look and manner into warm, playful foils. They, too, receded when Swift took an airborne trip in that snaky cage to her rear stages for some more intimate material.”