“A music placement could happen within days of the game." 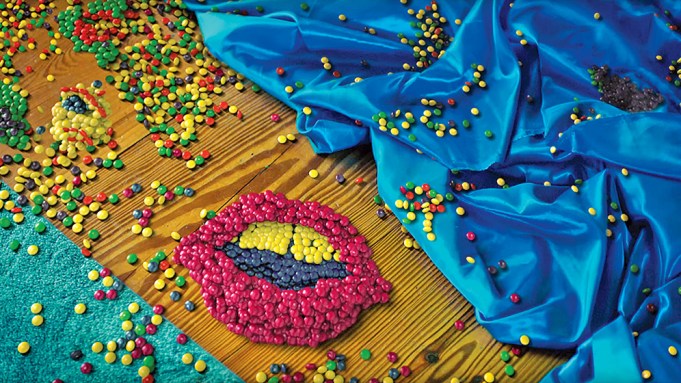 While the film and music worlds hunker down for awards season, there is another battleground getting underway involving ad agencies, their brand-clients, music publishers and supervisors as the countdown to NBC’s broadcast of the 52nd Super Bowl on Feb. 4 at U.S. Bank Stadium in Minneapolis rapidly approaches.

It’s the annual scramble to create the most memorable Super Bowl commercial – a tradition that arguably goes back to Steve Jobs’ famed Orwellian Big Brother spot to introduce Macintosh computers which aired during Super Bowl XVIII between the Washington Redskins and L.A. Raiders on CBS in January, 1984.

“The Super Bowl is a very big deal for us,” insists BMG svp marketing, commercials, film & TV Alex Flores, who placed several song synchs in last year’s game, including Johnny Cash’s “Ain’t No Grave” in a memorable spot for Disney’s “Pirates of the Caribbean” and the year before, Aerosmith’s “Dream On” in a buzzy Skittles commercial starring Steven Tyler (above). “Everybody wants to nail a placement,” she says. “It’s a healthy competition, a way to showcase, remind and expose our writers to everybody watching across the country and around the world.”

With NBC’s asking price for a 30-second spot on this year’s big game topping $5 million, it is no wonder that the companies are keeping their plans very close to the vest, waiting until closer to game time to reveal any surprises. “There’s definitely a ‘wow’ factor getting one of your songs in a Super Bowl commercial,” says SONGS Music Publishing svp creative licensing, ads Keith D’Arcy.

Ad Age keeps an ongoing tally of who’s in or who’s out on the Super Bowl commercial list right up until game time. Last year, 51 advertisers paid a total of $385 million to reach the estimated 112 million viewers, representing 2.3% of total U.S. broadcast network TV ad spending for the year. NBC is hoping to top the $5 million mark this February by offering agencies a package deal with the PyeongChang Winter Olympics.

This year’s advertisers offer a who’s-who of leading American brands, including Coke, which re-ran its three-year-old, multi-racial “It’s Beautiful” spot last year, but promises to return for its 12th consecutive appearance with brand-new creative. Other longtime Bowl participants like Kia (back for its ninth year, this time with L.A. agency David & Goliath), Anheuser-Busch (the game’s leading sponsor, having dropped $30 million apiece in 2015 and 2016), M&Ms (whose characters will return for the first time since 2014, since Mars went with Snickers last year), Weather Tech, Hyundai, GroupOn, Pringles, PepsiCo/Frito Lay’s Doritos, Pringles (makes its debut with a “Flavor Stacking” campaign) and the returning Avocados from Mexico.  Among previous advertisers sitting it out this year are Honda and Wix.com.

For music publishers, the first step in securing a Super Bowl placement is getting inquiries from the agency creatives, a process that often doesn’t take place until the home stretch.

“Everything comes together at the eleventh hour,” says Grey Townhouse WPP director of music Josh Rabinowitz of the licensing process with music publishers. His company produced Super Bowl “Time Line” promo spots for the NFL with Ray Charles’ “What’d I Say” for a PSA about player safety. “It’s always a negotiation. If the publisher knows the music is for a Super Bowl spot, the price goes up accordingly.”

“A music placement could happen within days of the game,” adds SONGS’ D’Arcy. “Usually, I have to pitch without seeing any pictures, because the creative is all so proprietary. So I tend to work in a bit of a vacuum.”

BMG’s Flores says s successful synch is “a combination of the creative with the perfect song to enhance the message. Which makes it so important for us to understand what the agency is trying to communicate and the audience they want to reach.”

The stakes can be pretty high.  As Big Deal Music Publishing vp/head of global synch Joe Maggini points out, “A synch in a Super Bowl can be extremely valuable, especially for catalog songs. It can be a big payday.” According to Grey’s Rabinowitz, licensing deals for songs by groups like The Beatles and The Who are now pushing seven figures, with the total evenly divided between the music publishers and the owner of the master, usually a record label.

Sometimes, it’s not the expected big-ticket item, but a left-field song like Salt N Pepa’s “Push It” from Geico’s 2016 Super Bowl ad, or Echo and the Bunnymen’s “Killing Moon” in the Audi “Vampire Party” ad in 2012, that makes for a memorable TV commercial. Adds D’Arcy: “Songs that bring back a particular time or place — one you remember dancing to at a college party, for instance — creates a familiar, comfortable feeling with the brand.”

Certainly a Super Bowl placement can breathe new life into a catalog, but can it break a new act? D’Arcy cites fun.’s “We Are Young” in the 2012 Chevrolet Stunt Anthem spot (which preceded the band receiving a Grammy for Best New Artist and a nomination for Record of the Year) and Passenger’s “Let Her Go” in the Budweiser Clydesdale spot in 2014 as examples of two relatively unknown bands gaining traction.

In the end, after the song-and-dance of dealmaking, is a Super Bowl spot worth $5 million for 30-seconds of precious airtime, and countless more to create that commercial?

“If it’s done cleverly and manages to break through the clutter, of course it is,” says Grey Townhouse’s Rabinowitz. “Because everybody watches the Super Bowl, and mostly in real time.  But the important thing is to come up with a story and a concept. It’s more about the brand message than the brand itself.”