The clip was directed by Joe Hahn, who is best known as the DJ for Linkin Park. 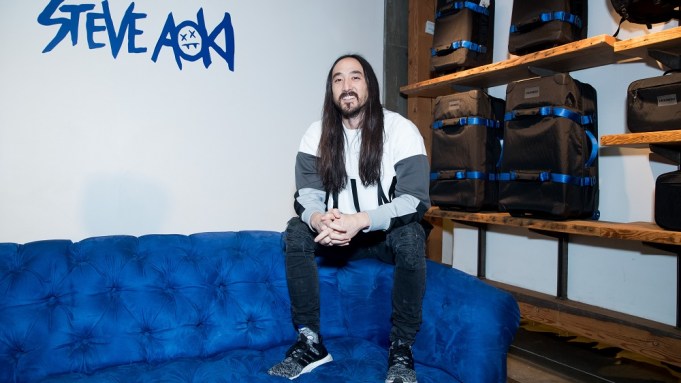 DJ and producer Steve Aoki has released the music video for his single with “Waste It On Me,” featuring K-Pop supergroup BTS. The video stars an all Asian-American cast and director, including Ken Jeong (“Crazy Rich Asians”), Ross Butler (“13 Reasons Why”) and Jamie Chung (“The Gifted”).

“When I found out that ‘Waste It On Me’ was the number one song in the world on Apple Music I realized that this track represented more than just me and BTS,” said Aoki. “It’s bigger than music, it represents a Korean band and one Asian American DJ that can show other Asians they are also apart of the global commercial musical landscape. I feel so deeply about the Asian footprint in music culture that I wanted the music video to have an entirely Asian cast and director.”

“Waste It On Me” debuted at No. 89 the Billboard Hot 100 last week, and reached No. 6 on Billboard Hot Dance/Electronic Songs. It marks Aoki’s fifth top 10 and BTS’ first.

Aoki is one of the world’s top five highest paid DJs and performs more than 250 tour dates per year. On Nov. 9, he dropped “Neon Future III,” the latest album in his “Neon Future” series. “Neon Future IV” is set to be released in spring 2019.