Continue to Variety SKIP AD
You will be redirected back to your article in seconds
May 22, 2018 11:51am PT 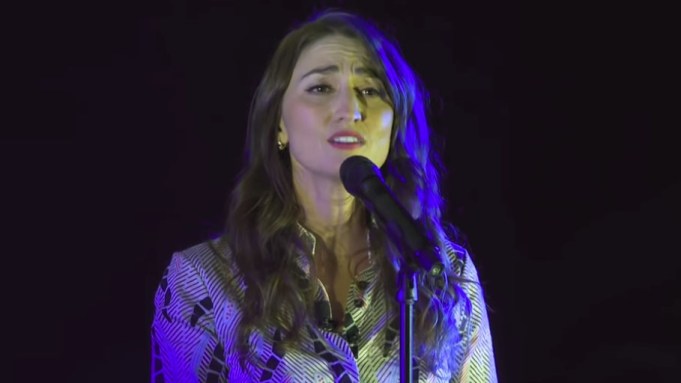 Collaborating for a first-time-ever performance to celebrate their work on “Jesus Christ Superstar Live in Concert,” Grammy Award-nominated songstress and composer and star of Broadway’s “Waitress” Sara Bareilles sang showstopper ballad “I Don’t Know How to Love Him,” accompanied by the show’s legendary composer and executive producer Andrew Lloyd Webber on the piano.

The musical theater veterans were on-hand Monday night at the Egyptian Theater in Hollywood for an evening that consisted of a panel discussion and special musical performances in honor of NBC’s latest live TV musical success. The production, which aired on Easter Sunday, April 1, scored rave reviews not only for the performances of the three leads but also for the show’s ambitious staging, direction, choreography, cinematography, and camera work.

The event was moderated by NBC’s “World of Dance” judge Derek Hough. Legend closed out the night with a performance of his current hit “A Good Night.”