Says Mike Stoller of the inclusion anthem: "I’m just sad Jerry [Leiber] nor Ben [E. King] were around to experience the tremendous appreciation.” 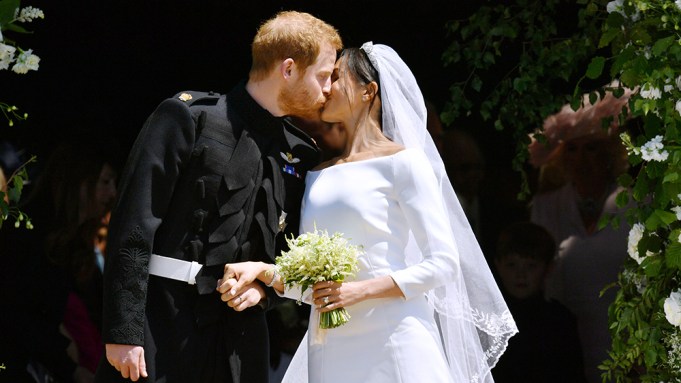 Songwriter Mike Stoller was 3,000 miles away from the Royal Wedding, where the inspirational “Stand By Me,” which he co-wrote, was sung by the London-based, Karen Gibson-led Kingdom Choir at Windsor Castle’s St. George’s Chapel. The May 19 performance of the 1961 classic was the only “pop” song to be part of the Royal procession, reportedly a personal request from Meghan Markle after Prince Charles suggested the gospel troupe be invited.

The 85-year-old Stoller, who is still working (currently overseeing a preview of his jukebox musical, “Smokey Joe’s Café”), is the only living member of the trio which co-wrote the original.

Mirroring the mix of its creators – Stoller and Jerry Leiber were a pair of Jewish songwriters, while Ben E. King was an African-American vocalist and a former member of the Drifters – “Stand by Me” seemed to represent a historic acknowledgement of its origins with the introduction of the bi-racial Markle into the Royal Family.

Indeed, Kingdom Choir’s version, which tapped the song’s civil rights message, as well as its high romance, brought a spirit of inclusion to the marriage of Prince Harry and  Markle, especially following the fire-and-brimstone oratory of Episcopal Bishop Michael Curry’s fervent sermon about eliminating poverty and preaching love. The stark rendition seemed to return the song to its inspirational, biblical roots. Apparently, arranger Mark DeLisser, a former Kingdom Choir member who has worked with Adele and Jessie J., was brought in and Tracy Chapman’s cover version was used as a template.

The New York Times said the performance before 600 invited guests, “showcased the sheer breadth of a trans-Atlantic black identity. Against the muted tones of their beige and mauve clothing, the various hues of their brown complexions, the complexity of their hairstyles (ranging from twists to cornrows to straightened hair) and their expert use of the African-American songbook stood out even more.”

“Stand by Me” has received new life from the Royal Wedding.  As of Saturday, Kingdom Choir’s version had been streamed more than 100,000 times on Spotify and watched on YouTube more than 10 million times.

“Jerry and I were writing blues songs almost exclusively for black performers at the time,” says Stoller about the partnership that resulted in “Stand by Me.” “The song has resonance in the African-American community not just because of its gospel origin, but it was also involved with the civil rights movement. That’s something all three of us were very proud of. I’m just sad neither Jerry nor Ben were around to experience the tremendous appreciation for the song.”

When Stoller strolled into the songwriting duo’s Manhattan office, on W. 57th Street above a corset shop, Leiber and King were at work on lyrics for the song, which was based on a spiritual, “Stand by Me Father,” written by Sam Cooke and J.W. Alexander, with lyrics interpolated from Psalm 46 in the Hebrew Old Testament.

“When Ben started to sing it, I started to figure out the chords,” recalls Stoller (pictured at right, below, with Leiber), who split publishing on half the song with Leiber (25% apiece), the other 50% going to King. “It was in the key of A. As it happens, I came up with that bass pattern, and I recall Jerry saying, ‘Ahhh.  Now we have a hit!”

The song was recorded at Bell Sound studios on 54th St., just west of Broadway, recalls Stoller, who added the song’s distinctive scratchy backbeat was achieved using a guiro, a hollow Latin percussion instrument with ridges scraped with a stick. Stan Applebaum helped arrange the orchestral break, which wove through the distinctive bass riff, in a way Stoller originally described to him as a “cross between [Russian composers] Rimsky-Korsakov and [Alexander] Borodin,” resulting in a two-part string part shared by the celli and violins.

The session, which included a young west coast neophyte on guitar named Phil Spector, produced two hits, “Spanish Harlem” and then “Stand by Me,” a Top 5 Billboard Hot 100 single covered by the likes of John Lennon, U2 with Bruce Springsteen, Otis Redding, Imagine Dragons and Mickey Gilley.  The song returned to  Billboard’s Top 10 some 25 years later when director Rob Reiner used the original as the title to, and featured it on the soundtrack of, his 1986 coming-of-age movie of the same name.

“Stand by Me” also serves as the finale for the upcoming production of “Smokey Joe’s Café,” which is opening Off-Broadway in New York in July after its original five-year Broadway run from 1995 to 2000.

“I had no idea the song would turn out to be so big,” says Stoller of its success. “We hoped that it would be a hit, because it was the first recording session with Ben as a solo artist.  I always loved his voice. For a young guy in a vocal group, he had such a mature way of phrasing and singing.”

Although Stoller knew in advance that the song would be part of the proceedings at Windsor Castle, he was alerted to the prominence of the piece by longtime aide-de-camp Randy Poe, and then listened to the version on his cell phone. “I loved the way it was done,” says Stoller. “I thought it was a beautiful treatment, a powerful moment. The song has been played at countless weddings, but nothing like this. The funny thing is, I’d been listening to it all week at rehearsals.”