Riz Ahmed’s New Song ‘Mogambo’: ‘It’s a Bit of a Middle Finger That You Can Dance To’ 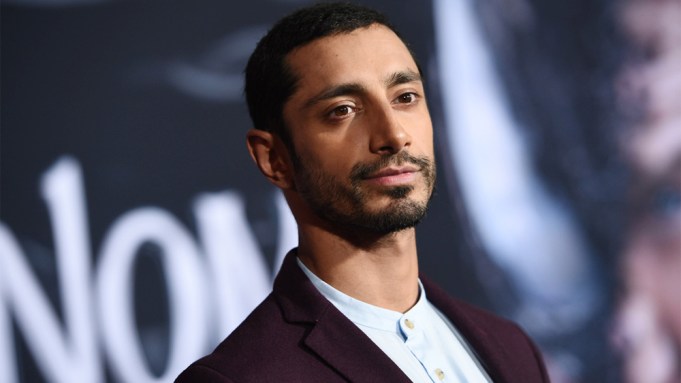 Riz Ahmed has more than just the release of “Venom” to celebrate this week.

“We’re living in crazy times, a lot of people feeling unseen, unheard, unwanted, and really — the track is saying, a lot of people might not want us here, but we’re not going anywhere,” Ahmed, who releases music under the name Riz MC, told Variety on Monday at the Los Angeles premiere of “Venom.” “So it’s a bit of a middle finger that you can dance to.”

The song was inspired by a trip Ahmed took last year to Pakistan.

“It’s a message to anyone who feels unwanted right now,” he said. “It took me a long time to realize that the same reasons you might be excluded are the same things that you should be proud of about yourself. That’s really what it’s about…I hope it connects with people.”

The song is named after a Bollywood villain of the same name. “He’s from this classic film called ‘Mr. India’ that was out in 1987 which I was watching when I was like five years old,” Ahmed explained during a recent appearance on “Jimmy Kimmel Live!” “And he’s got the best catch phrase…it’s really quite simple — it’s ‘Mogambo khush hua.’”

Ahmed has been promoting the single by asking fans to post videos of their best Mogambo impressions.

Meanwhile, Ahmed also talked with Variety about fans of the “Venom” comic books’ fear that the big screen adaptation softened the storyline’s graphic violence — the movie received a PG-13 rating rather than an R. “It’s funny. It’s dark. It’s action-packed,” said the actor, who co-stars in the movie as Riot. “It might be a little scary for really young kids but other than that I think it strikes a really great balance. The more people that could see this film, the better.”

Watch the video fo “Mogambo” below.