The singer, who has not commented, is said to disagree with the NFL's stance on kneeling during the National Anthem. 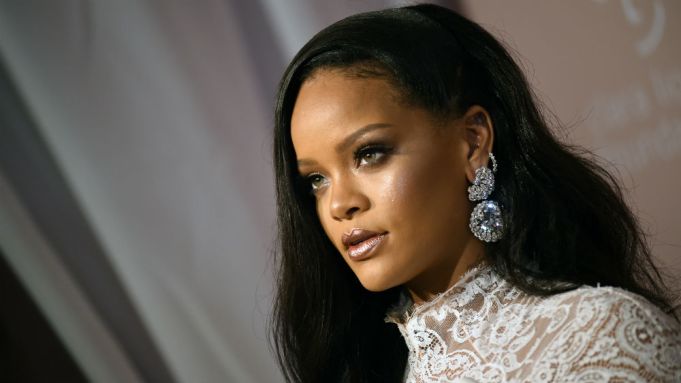 Rihanna turned down the offer of a Super Bowl performance in support of former San Francisco 49ers quarterback Colin Kaepernick, who has essentially been exiled from the National Football League after his “taking a knee” during the National Anthem, according to a report in Us Weekly.

Reps for the singer and the National Football League had not responded to requests for comment at press time, although a source confirmed the report to Variety.

“The NFL and CBS really wanted Rihanna to be next year’s performer in Atlanta,” the publication cited an unnamed “insider” as saying. “They offered it to her, but she said no because of the kneeling controversy. She doesn’t agree with the NFL’s stance.”

Kaepernick, who once admitted to having a crush on Rihanna, was the first NFL player to kneel during the National Anthem in protest of police brutality and racial inequality. The athlete has not played professionally since the controversy arose during the 2016 season. He filed a grievance against the league and team owners last year, accusing them of colluding to keep him off the field.

Maroon 5 will be the halftime performers at the Super Bowl in Atlanta on Feb. 3, multiple sources confirmed to Variety, and immediately after the news broke, many speculated that rapper Cardi B will join them to amp up the event’s star power (she is featured on the group’s hit single “Girls Like You”).

“She is definitely being considered, but it’s obviously way too early to say for sure,” more “insiders” told the publication. “Pepsi, the NFL and Cardi are all interested in her performing more than just her ‘Girls Like You’ verse.”