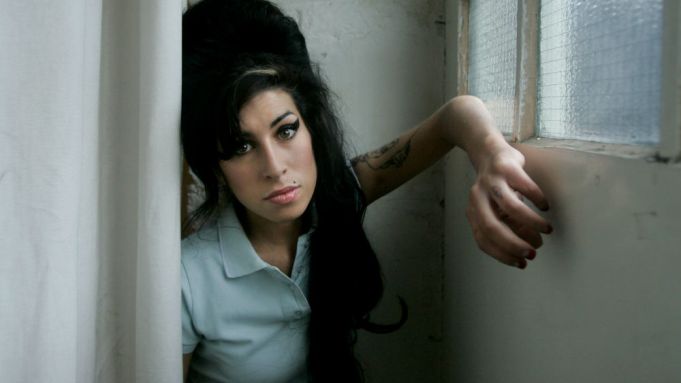 “My Own Way,” an Amy Winehouse demo recorded when the singer was 17, has been released online by a London producer — which is notable less because of the quality of the song than because all of the late singer’s demos were believed to have been destroyed by her label in an effort to prevent their release. The news was first reported by London’s Camden New Journal.

Gil Cang, a composer and musician from London, co-wrote the song with James McMillan and uploaded the demo to YouTube. He told the New Journal that the song was recorded before Winehouse signed with Island Records in 2003. While her singing is strong, Winehouse hadn’t yet attained the smokey, world-weary tone that marks her best work.

“We’d been writing quite a lot of pop tunes, doing a lot of pop promos with various artists who would come in, many of various, dubious talent,” he said. “It was at a particularly dire time in the pop world – lots of terrible, terrible girl bands and boy bands and we had to make something for them. Amy came in to see us, opened her mouth and just blew us all away. We were struck immediately by her talent – it was a real jaw on the floor moment. We were like wow, yes.

“I’ve had it knocking about for so long,” he added. “I found it again last week and thought – I’ll put it out there so people could hear it.”

Apart from a couple of features, Winehouse released just one song — a duet with Tony Bennett on the chestnut “Body and Soul” — following her blockbuster second album, 2006’s “Back to Black,” and her death five years later. Universal released a posthumous album of leftovers called “Lioness: Hidden Treasures,” but the reaction led the company’s UK CEO David Joseph to destroy the singer’s remaining unfinished demos.

“It was a moral thing,” Joseph told Britain’s The Guardian in 2015. “Taking a stem or a vocal is not something that would ever happen on my watch. It now can’t happen on anyone else’s.”