NSYNC Joke About Walk of Fame Timing: ‘It’s Gonna Be May!’

Four of the guys on the meme that never dies. 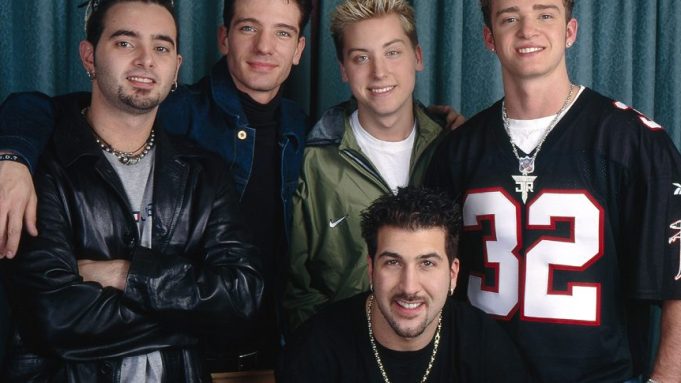 *NSYNC is getting its star today, the last day of April, on the Hollywood Walk of Fame, and the fact that it’s nearly May is not lost on the iconic boy band, all five of whom — Justin Timberlake, JC Chasez, Joey Fatone, Lance Bass and Chris Kirkpatrick — will be on hand for the celebration. The lyric of their 2000 hit, “It’s Gonna Be Me” is commonly misheard as “It’s Gonna Be May.”

“Lance actually brought that to our attention, which I thought was really funny,” Fatone says. “He was like, ‘You know it’s going to be — and it was like, here we go. What we should do is capitalize on this and make shirts that say ‘It’s gonna be May,’” he cracked. “Why not?”

Bass added, “Originally, we were going to do this a month before to go along with our 20th anniversary of the first album, but because of Justin’s tour schedule we had to postpone it a month. But, it just perfectly happened to be on April 30, and that’s our day.”

It’s rare for a misheard lyric to take on a life of its own, and the group recalled how it came about.

“It definitely didn’t get started until Instagram was big,” Bass says. “The first time I saw it, it just cracked me up, because I never really thought about the way that Justin pronounced ‘me’ in the song. So every April 30 it’s kind of like my favorite day, because it’s my annual May post, and the fans love it.”

It’s a mystery even to Kirkpatrick, who recalls the day Timberlake sung that lyric in the studio.

“I remember when we were recording the song, [producer] Max Martin kept telling Justin to sing it more ‘may’ instead of ‘me,’ and then it just became May,” he recalls. “When it was over, I remember even Justin saying, ‘Man, that sounds ‘May’ more than ‘me,’ but it didn’t really catch on until someone made that meme. My favorite ones are the ones of Justin now where it looks like he’s anticipating something and people say, ‘You know what’s coming.’”

Even more etched in each member’s memory is the making of the song’s video, a continuation of the theme started with “Bye, Bye, Bye,” where they were all depicted as puppets on strings. In “It’s Gonna Be Me,” the boys were trapped as toys in a store, and spent hours in uncomfortable makeup.

“We had to be in the makeup for so long, and we were sweating it out,” says Chasez. “You basically have this kind of weird black liquid coming out of your forehead while doing all your choreography and you’re thinking to yourself, ‘That can’t be good.’ But, at the end of the day, we were excited to be doing something kind of different, fun, weird, and we liked how the video turned out.”

“We were in that makeup for almost 24 hours during shooting — that was a little grueling, we literally had the makeup on starting at 7 a.m., and didn’t take it off until 7 a.m. the next day,” said Fatone of the “fun but brutal” shoot. “We were like, ‘It’s going to be a great video and be really cool, let’s do the grind,’ but then you want to scratch off the freaking makeup and pull the freaking prosthetic off. My eyebrows and goatee were completely all fake and matted onto my face. It was fun, but wasn’t fun.”