Says composer Lorne Balfe of the classic score: "How do you modernize it without simply doing dance remixes?" 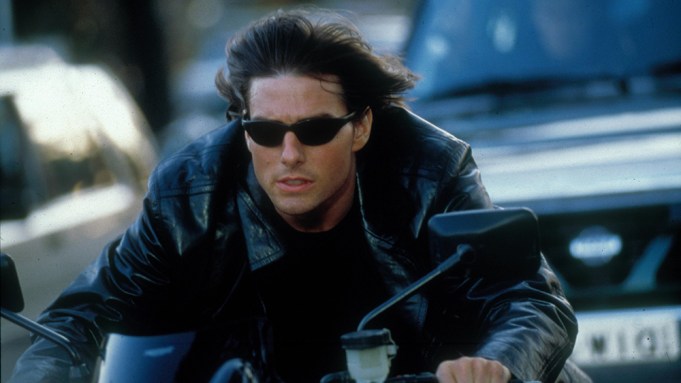 Composer Lorne Balfe’s task, like any in the 52-year history of the “Mission: Impossible” franchise, was simple but not easy: Use Lalo Schifrin’s classic, iconic television theme, but find a fresh approach to effectively score Tom Cruise’s sixth outing as Ethan Hunt in “Fallout.”

It took nine months of writing music, 30 full days of recording at two major London stages, and nearly 300 musicians and choristers to realize Balfe’s sonic vision. And nearly every moment in Balfe’s two-and-a-half-hour score derives in one way or another from either Schifrin’s famous main theme or his secondary theme (“The Plot”) from the original 1960s TV show.

“What a tune to be able to work with,” Balfe says. “One of the most famous in the world. It’s an honor. But how do you modernize it without simply doing dance remixes? The audience knows that melody, and you’ve got to be loyal to it, because if not, you don’t have Ethan Hunt.”

Balfe (“Terminator Genisys,” “The Lego Batman Movie”) felt that the score needed to be “as epic as the movie.” The brass section alone was an unheard-of combination of 42 players. Add to that 100 string players, an 80-voice choir, 14 drummers and a smattering of woodwinds.

Oh, and 12 bongo players. “Eleven of them usually don’t get gigs,” quips Balfe, who added the percussion as another reference to the sound of Schifrin’s original TV scores – except multiplied. “As well as a great theme, you’ve got a very unique time signature with a well-known pattern. The concept started with one bongo, and then we thought we’d see how many we could add until it stopped being an interesting color. So we did 12 bongos at all different pitches.”

Paramount president of motion picture music Randy Spendlove notes “it quite possibly could be” the largest gathering of musicians ever for a Paramount movie. “While there were many days of recording, much of it was because Lorne started early and we recorded through the entire post period. Things changed along the way, and Lorne was skilled enough to be able to keep up with Tom Cruise and [director] Chris McQuarrie.”

Balfe essentially deconstructed Schifrin’s original theme and utilized it, a bit at a time, throughout the film. The familiar descending three-note phrases and the rhythmic pulse beneath it are everywhere. Schifrin’s “Plot” theme recurs too, but Balfe calls that “the gang theme,” referring to Hunt’s team of Impossible Missions Force agents.

Filmgoers will sense a massive, often dark sound accompanying Cruise and crew while they try to locate and disarm nuclear devices before they detonate and kill millions. “Every time you think the next stunt can’t get any bigger, it happens,” Balfe says. “You don’t necessarily need fast music; it can be slow but proud. The visuals were asking for it.”

The giant choir was, at first, inspired by the film’s London funeral scene (underscored with a John Tavener choral piece). Balfe incorporates it from time to time and even had the phrase “Mission: Impossible” translated into Latin (“missio impossibile”) for the choir to sing during the film’s finale.

Balfe worked closely with McQuarrie and editor Eddie Hamilton throughout shooting and during post-production – in fact, he was writing “next door,” enabling him to supply music demos while they edited the film. “It allowed for constant experimentation and there wasn’t the usual fear of having to deliver immediately,” Balfe says. Cruise also stopped by and offered “a lot of feedback and suggestions.”

It was the longest he has ever worked on any film, and at four hours, the most music he’s written (most of which was recorded but some of which didn’t make it into the final cut).

Balfe says he has never met composer Lalo Schifrin, who is now 86, semi-retired and lives in Beverly Hills. He wanted to email the composer but kept “chickening out,” he says. “It’s very nerve-wracking,” he confesses, but this week — as the film was about to be released — he finally sent Schifrin his version of the “Mission” theme. He’s on pins and needles waiting for a response.