Meghan Trainor Drops Video for ‘Let You Be Right’ (Watch) 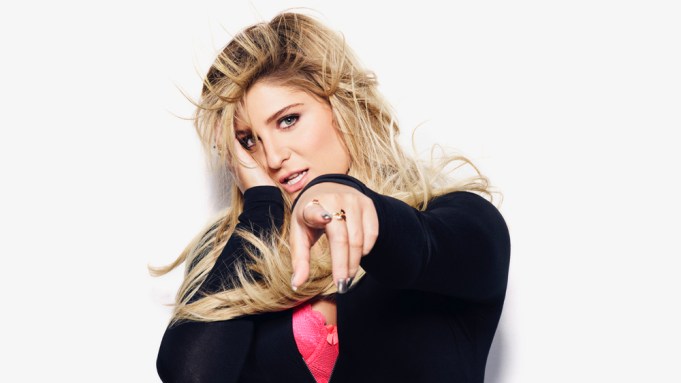 Meghan Trainor dropped a video today for “Let You Be Right,” from her forthcoming third full-length studio album. The video was helmed by noted director Colin Tilley (Nicki Minaj, Kendrick Lamar, Khaled) who also shot Trainor’s clip for her ode to equality, “No Excuses,” the first single from her upcoming album. The singer, who performed at iHeartRadio’s KIIS FM Wango Tango at the all-new Banc of California Stadium over the weekend, will perform the song on “The Late Show With Stephen Colbert” on June 6.

Trainor will also return as a panelist this week on Fox’s singing competition series “The Four.” The season 2 premiere will debut on Thursday, June 7 at 8/7c on Fox.

All of the songs released from her album thus far have been co-written with collaborator J Kash and producer newcomer Andrew Wells. Trainor, with whom she’s written the songs “No,” “Me Too” and “No Excuses,” appeared together on a panel at the ASCAP Expo in Los Angeles last month, where Trainor marveled at how her partner could be such a successful writer while being tone-deaf. “He can’t sing a note, but his rhyming and rapping, his use of words and conversational lyrics are what make him special.”