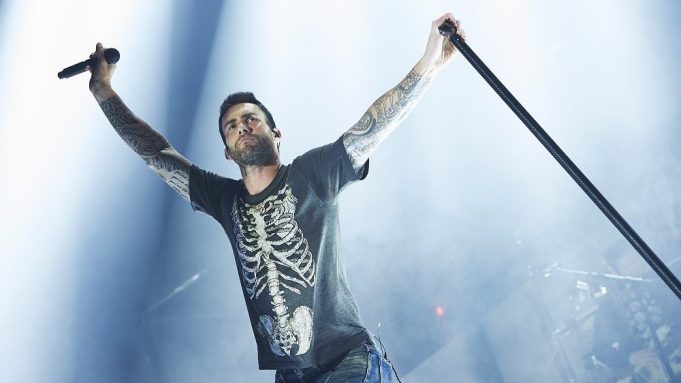 Maroon 5 will be the halftime performers at the 2019 Super Bowl, multiple sources confirm to Variety.

While the group is stylistically more similar to recent performers like Justin Timberlake and Bruno Mars than more controversial ones such as Beyonce and Lady Gaga, Maroon 5’s most recent hit was a tag-team with Cardi B — “Girls Like You” —  and it recently collaborated with Kendrick Lamar on the song “Don’t Wanna Know,” so some left-field guest appearances on Super Bowl Sunday are certainly a possibility.

One of the great challenges in choosing a halftime performer isn’t just its mainstream appeal, but in finding an artist who hasn’t already performed. Over the years, Bruce Springsteen, Paul McCartney, U2, The Who, Katy Perry and even the Black Eyed Peas have all performed, and of course the 2004 set from Janet Jackson (featuring Timberlake) was marred by controversy due to her “wardrobe malfunction.” Prince’s 2007 performance — which saw him playing a galvanizing version of “Purple Rain” in a rainstorm — is widely regarded as the all-time best halftime set.

The NFL has faced an additional challenge this year due to its stance regarding former San Francisco 49ers quarterback Colin Kaepernick’s decision to take a knee during the National Anthem as a sign of protest, which has spurred outrage in some quarters, from the president on down. Kaepernick has not played since the 2016 season and his contract has not been picked up by another team, largely due to the controversy. Reports emerged last year that Jay-Z had turned down an offer to perform during halftime, which he seemingly confirmed in the lyrics to his recent song with Beyonce, “Apesh–“: “I said no to the Super Bowl: you need me, I don’t need you.”

Reached for comment, a NFL rep tells Variety, “It’s a Super Bowl tradition to speculate about the performers for the Pepsi Halftime Show. We are continuing to work with [longtime sponsor] Pepsi on our plans but do not have any announcements to make on what will be another epic show.”

A rep for Maroon 5 could not immediately be reached for comment.