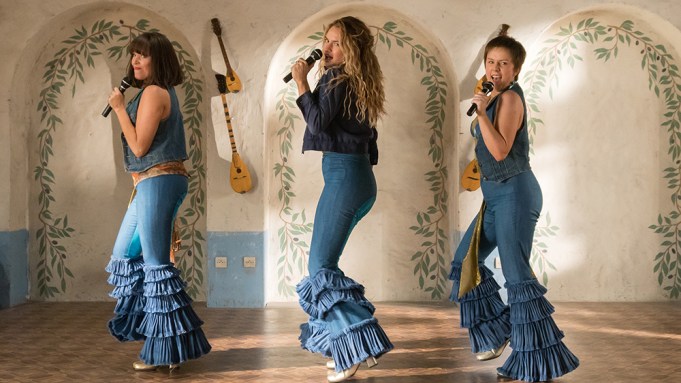 The cast of “Mamma Mia!” is back, and so is one of the film’s — and Abba’s — most recognizable songs. On Wednesday, Universal Pictures released a lyric video to “Dancing Queen” as a preview to the highly anticipated sequel, “Mamma Mia! Here We Go Again.”

“See that girl! Watch that scene!” the familiar audio rings as Seyfried skips gleefully along the island trails, followed by an animated entourage of Greek villagers in a scene that channels Meryl Streep’s energy from the original film. Seyfried will reprise her role as Sophie, now an expectant mother who is eager to learn more about her own mother’s past.

“Dancing Queen” is just one of multiple songs the cast has re-recorded for the sequel, including newcomer Lily James’ take on “Mamma Mia,” which is spotlighted in the theatrical trailer. The entire collection of songs, old and new, from the upcoming movie musical will be released as part of the “Mamma Mia! Here We Go Again” soundtrack, which drops on Friday.

Others primed for their acting and singing “Mamma Mia!” debuts include Jeremy Irvine, Hugh Skinner, Josh Dylan, and Cher, whose participation in the film is highlighted in the clip below.