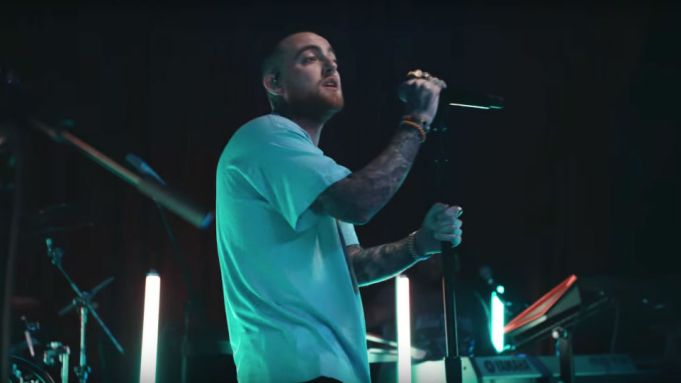 Just four days ago, Mac Miller — who was found dead this afternoon of an apparent drug overdose — played a special intimate set to a crowd of 100 people at the Hotel Café in Hollywood. One song, “Hurt Feelings,” was released as a promotional video to help promote Miller’s latest album “Swimming,” which was released early last month.

The four-piece band that accompanies him on the song brings a jazzier groove than the album version, which was produced by the rapper with Jon Brion and Blood Orange founder Dev Hynes. According to a setlist that appears early in the video, Miller performed at least 12 songs during the set. He was scheduled to begin a nationwide tour to support the album late in October, for which he would have been accompanied by Kendrick Lamar collaborator Thunder Cat and rapper J.D.

Miller, whose real name was Malcolm James McCormick, had struggled with substance abuse in the past. Just last month, the Los Angeles Attorney’s Office officially charged the rapper with a DUI stemming from a car accident in May in the San Fernando Valley.

He had been open about his struggles previously, referencing drug abuse and death in his music, particularly in the largely autobiographical 2014 mixtape “Faces.” “I used to rap super openly about really dark s—,” he told Vulture in a profile that published on Thursday. “That’s what I was experiencing at the time. That’s fine, that’s good, that’s life.”