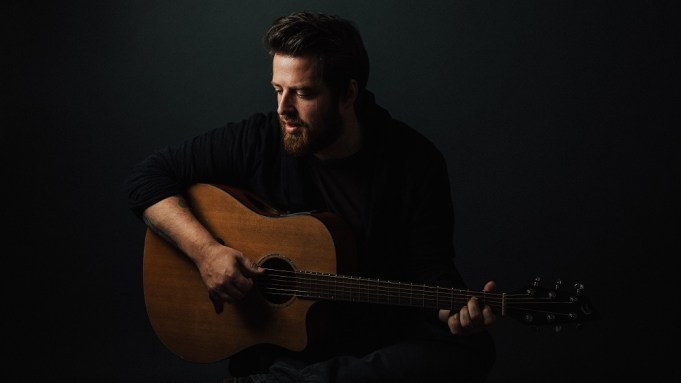 Hot on the heels of a No. 1 iTunes debut, “American Idol” season 9 winner Lee DeWyze has released a video for the title track to his latest album, “Paranoia,” premiering exclusively on Variety (watch it above).

Shot in black and white, the moody clip features the Illinois native at the piano. An accomplished songwriter, DeWyze, who is signed to Kobalt, following the company’s acquisition of SONGS Music Publishing, had previously seen his song “The Breakdown” showcased in a key scene in Showtime’s “Shameless.”

“Paranoia was the first song that I wrote for this record which essentially set the tone for the rest of the album,” he tells Variety. “I wanted to carry that feeling and emotion through in this live performance video. Since I played the piano on the album, I chose to play piano for this particular performance which is really a first for me live. The song is really built around the emotion of the lyrics, combined with the marriage of melody and piano.”

DeWyze first came to the attention of the television world when he penned the track, “Blackbird Song,” in a moment of inspiration watching “The Walking Dead.” The song in an episode and the soundtrack. Since then, the song has amassed 5.8 million streams on Spotify and 12 million views on YouTube. The single has sold more than 100,000 units and was hailed as one of the top 10 most influential syncs of 2014 by the Musicians Guild of America.

Since the release of “Blackbird Song,” Lee has gone on to have more than 35 syncs and placements in TV shows such as “Elementary,” “Suits,” “The Fosters,” “Nashville,” and “Bull.” His song “Don’t Be Afraid” was the national campaign song for 2 years for Blue Cross Blue Shield, and ESPN used his song “The Ride” in several NASCAR commercials.