Exclusive Preview: ‘Led Zeppelin Live,’ a Vivid Photo Book of the Group at Its Concert Peak 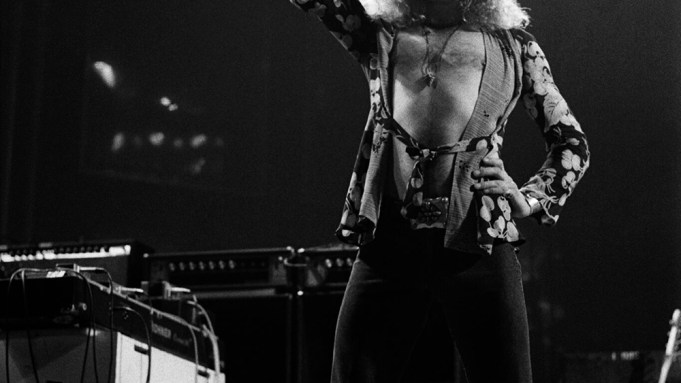 They have their detractors, sure, but it’s hard to deny that Led Zeppelin were one of the greatest rock bands in history — and also one of the all-time greatest live acts, which doesn’t follow as naturally as it might seem.

Bruce Springsteen often says that a great band doesn’t necessarily need the best players but it absolutely needs “the right players” — and Zeppelin was that rare band that combines both. Each member was one of the all-time greatest at their roles, and on their night — as can be heard on recordings from 1969, 1970, 1971, 1972 and 1975, to name just a few — there were few bands that could touch them.

They were also an incredible band to watch, and Variety is pleased to present an exclusive preview of “Led Zeppelin Live,” a forthcoming book from ACC Editions that includes many rare and previously uncirculated photos of the band from its 1975 and 1977 tours taken by Terry O’Neill, Michael Brennan and Baron Wolman.

Zeppelin were a band that had many peaks, but at the time of these tours, they were, along with the Rolling Stones, the biggest rock band in the entire world: On their 1973 tour, they set an attendance record (56,800 fans in Tampa, Fla.) that held for four years.