The singer adds to her holiday portfolio with a simple and emotional ballad, in advance of a starring role in and full soundtrack for the Hallmark Channel movie. 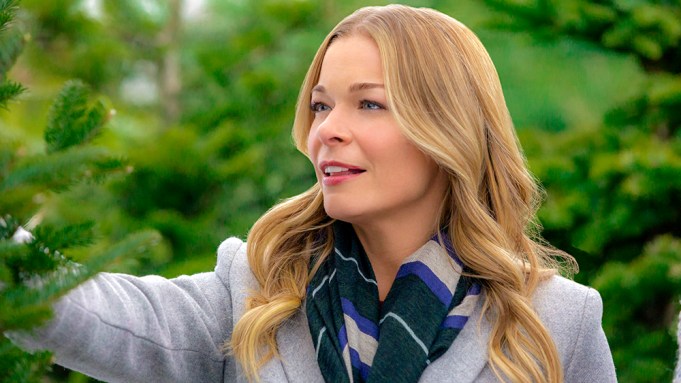 LeAnn Rimes seems determined to change her primary color from “Blue” to… red and green.

She embraced Christmas music in a big way with a couple of mid-decade holiday recordings, and will soon embark on her sixth annual Christmas tour. But Rimes is really bringing the connection home with “It’s Christmas, Eve,” an upcoming Hallmark Channel in which she has the title role (as Eve, that is, not Christmas), and for which she’s recorded a soundtrack, due Oct. 12.

Variety has the exclusive premiere of the title song she co-wrote and sang for the film. It’s one of three original compositions she cut for the project, which represents an extra effort to bring something new to the holiday proceedings, as opposed to regifted chestnuts.

With nothing but piano accompaniment for most of the track, “It’s Christmas, Eve” avoids the treacle of most contemporary holiday music and harks back to the simplicity and hopeful, slightly wary wistfulness of the original “Have Yourself a Merry Little Christmas.”

Rimes tells Variety she wanted to write “one of those songs that immediately feels like a classic that you grew up listening to. It’s a love song of hope, togetherness and a remembrance of what’s most important in life, creating memories with the ones we love. I don’t know if I’ve yet made it through this song without crying. It tugs at my heart. The song is beautifully woven throughout the movie until you finally hear it in its entirety. Filming the scene where I sang the song was incredibly emotional for me. When the director yelled ‘cut’ I could see that the whole crew was crying with me.”

Her co-writer and the track’s co-producer is her longtime collaborator, Darrell Brown. “We wrote it as a song that would keep developing throughout the movie,” Brown says, “first as a message of love from a father to a daughter, then (becoming) a song about a greater love. It had to work and evolve scene by scene throughout the movie. When LeAnn’s character finally sings the song live in the movie, it is a beautifully simple moment of raw emotion.”

The film, in which Rimes plays an interim school superintendent charged with shutting down a school music program, is her first starring role since she played opposite Burt Reynolds in the 2011 CMT movie “Reel Love,” although she was recently seen on the big screen in a cameo in Steven Soderbergh’s “Logan Lucky.” Earlier this year, she released a “Re-Imagined” EP consisting of contemporary, largely dance-oriented remakes of her earliest hits, including “Blue,” “How Do I Live” and “Can’t Fight the Moonlight.”

The “It’s Christmas, Eve” soundtrack is up for pre-order and comes out Oct. 12, preceded by the digital release of the title track Oct. 5.

Her upcoming 11-city west coast holiday tour — dubbed the “You and Me and Christmas” tour, after another of the original songs in the movie — begins in Washington state Nov. 30 and includes show in Cerritos Dec. 7 and Palm Desert Dec. 15.