Kesha Brings the Grammys to Tears With Emotional #MeToo Performance 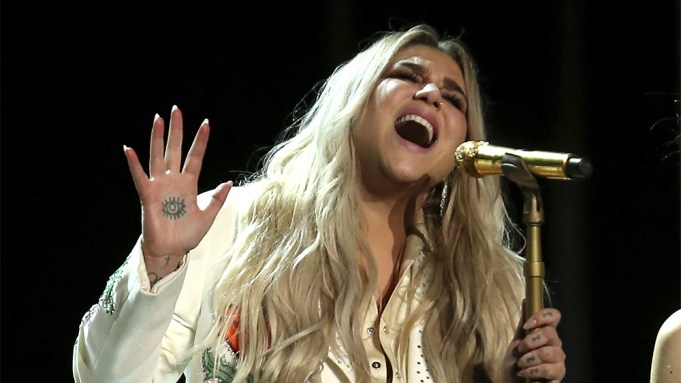 Pop star Kesha brough the 2018 Grammys to tears with her emotionally charged performance on Sunday night.

In light of the recent fight against sexual harassment and assault, Kesha dedicated her first Grammy performance and her song “Praying” to the #MeToo movement and women who are survivors of assault.

“I hope you find your peace, falling on your knees,” she sang.

Her backup singers included Cyndi Lauper, Andra Day, Camilla Cabello, who all embraced a tearful Kesha at the end of her performance. Host James Corden was also visibly moved by the song.

Kesha has been particularly vocal in speaking out against sexual abuse, as her legal battle against producer Dr. Luke, who she accused of sexual assault and harassment among other charges, became the subject of national headlines. Many prominent musicians like Taylor Swift stepped forward to offer their support and pay some of her legal bills.

The singer is currently scheduled to go on tour with rapper Macklemore beginning in June.