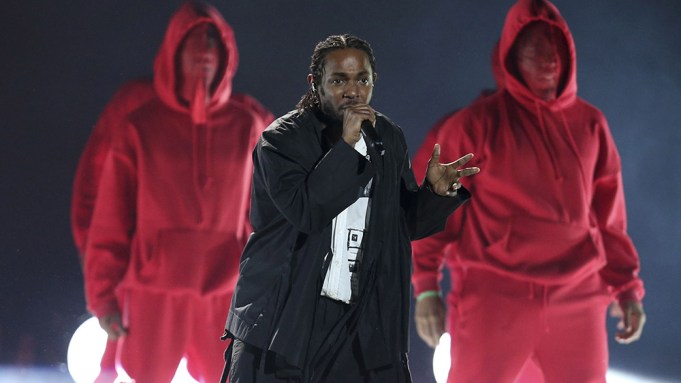 Kendrick Lamar is set to guest star on Starz’s “Power” Sunday, but the show wasn’t setting out to hook a big name when they landed him.

“The plan was not a guest star,” showrunner Courtney A. Kemp said about the character. “It wasn’t an idea of…trying to get more eyeballs. … It was about here’s an artist we respect, and he wants to come in.”

During a panel for the Starz crime drama at the Television Critics Assn. Saturday, Kemp credited executive producer Curtis “50 Cent” Jackson for being the one to mention that Lamar wanted to be on the show. Kemp then got on the phone with him to ask who he would want to play, a favorite questions of hers, she notes. For Lamar, the answer was that he did not want to play a drug dealer.

“We had already broken part of the season,” Kemp said, and the “idea came together really naturally.”

Working with Lamar, who appears in the episode entitled “Happy Birthday,” Kemp said, was a pleasure, as well. “He showed up to win,” she said, also calling the artist “fearless.”

Now in its fifth season, Kemp said she is focused not on “pushing the envelope” with storytelling but rather “leveling up.”

In the first few episodes of the season, those stories have helped the show increase its rating up 12% across multiple platforms and maintaining to No. 1 position for series in premium cable with African-Americans in households. On the Starz app, the fifth season is up 90% in customer streams from 2017.

Lamar appears on “Power” Sunday, July 29. Watch him in conversation with Kemp above.