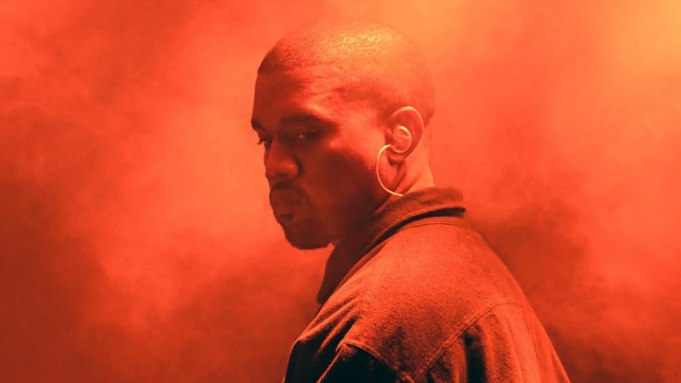 Variety is en route to experience Kanye West’s last-minute album listening party in the Teton Range of the Rocky Mountains with live updates as we reach peak Kanye.

West had the idea last Friday to fly a planeload of media, radio, DJs, and other influencers to Wyoming to hear his new album — yes, the Friday before Memorial Day weekend.

Def Jam staffers leaped into action and spent much of the weekend mobilizing and organizing people from both coasts as well as Europe, Australia, and Asia to fly out; originally, the idea was to fly out 300 people to West’s country retreat, but that number was quickly cut in half.

On Tuesday, West’s publicist called a few potential travelers to see if they were interested, but official emailed invites didn’t arrive until Wednesday morning — just 24 hours before wheels up.

Visions of the Rihanna “777” boondoggle of 2012 — in which a planeload of journalists spent a week flying to and attending seven different Rihanna concerts in seven different countries in a week, which sounds amazing but quickly turned into a mass cabin-fever outbreak, judging by the thousands of social-media posts sent from the plane — flashed before our eyes … particularly when 7 a.m. Thursday arrived and we had no further details (such as a flight number or departure terminal).

An email produced a quick response with specifics, but it turned out that several of us accidentally had been left off of the plane’s original manifest. An Uber deposited us at a small, remote terminal in a far corner of JFK airport, where several dozen fellow travelers were waiting in and outside the lobby.

After some delays and confusion, the organizers realized there were more people than seats on the plane — so the 10 of us who had been left off of the manifest watched everyone else board the plane as the organizers scrambled to get us transportation to an airport in Long Island where another plane had been arranged (how they were able to scramble a plane to Jackson Hole, Wyo., on such short notice is unclear).

So after some soothing words and phone calls from the organizers, we piled into three cars headed for Farmingdale, Long Island, where we were deposited at a small airfield and, after about 20 minutes, boarded a Gulfstream G400, the kind of fancy private jet you see on various “Lifestyles of the Rich and Famous” shows, with plush, recliner-sized seats, shag carpet, big windows, a fully stocked bar, and an incredibly polite staff. Sometimes, #FML can become #FTW! in less than an hour …

“Yo, lemme get that Beats Pill” someone shouted to a traveling companion up front, and soon the dulcet tones of a song with the autotuned chorus “You need to f— a real… ” were piping throughout the cabin. Wheels up!

When asked whether anyone had mentioned to West that the album will be released — and available on streaming services throughout the globe — by the time the listening session ends, a Def Jam staffer just sighed.

5:30 p.m. PT: We’ve landed in Jackson Hole and are en route to the Diamond Cross Ranch, where we’ll hear the album. It’s absolutely breathtaking — mountains and trees as far as the eye can see. As we left our luxurious and unexpected private jet, one fellow traveler said, “After all this, we’re gonna HAVE to say Kanye’s album is fire…”

Even West’s WiFi is on theme.

6:19 p.m. PT: The speakers are outside with a kickass mixing console inside the main building. A dozen horses are in a pen right next to the speakers, I wonder what they’ll think of the album.

Commemorative sweatshirts are also available at the listening party.

8:00 p.m. PT: Dinner is served for what is likely a very hungry press corps.

8:35 PT: And under Kanye’s “Wyoming” hoodie, another short with the words “Following the light. To live, to fly. Do by not doing.” UPDATE: The shirt is actually Kanye’s track list.

8:57 PT: The press, influencers and friends of Kanye congregate outside for the performance.

Full write up from the event here.